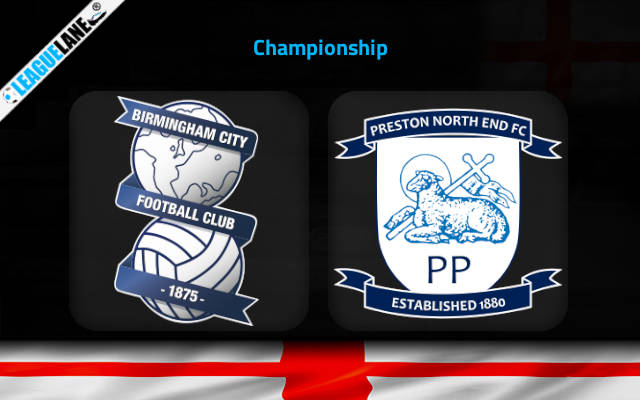 Birmingham vs Preston Predictions and Free Tips from our expert tipsters when the teams go head-to-head in the England Championship on Saturday, 21 January 2023.

Neither Birmingham nor Preston is having a decent form in the league of late. They both have lost four games in the past five league matches.

Going on, Birmingham is currently at 18th position in the standings while Preston sits four spots and five points away from them in the same list.

Birmingham won the reverse fixture to wove a thread of three unbeaten games against Preston.

Who will win the match between Birmingham vs Preston?

However, Birmingham have a slight edge in the recent h2h tradition. In that case, we are quite not sure to pick up a winner here.

The away form of Preston is decent enough though. So we are expecting a result in favor of them here.

More than 50% of the matches played by these two teams were low-scoring affairs. Going on, Preston owns a comparatively better defensive side but that doesn’t mean that they have a strong defensive side.

Their h2h tradition also suggests a low-scoring affair. But we are expecting this match to have over 2.5 goals ft considering the weak defenses of both.

We have already mentioned about the defensive side of both these teams. Likewise, they both have a decent attacking side and we can expect them both to enter the score-sheet on Saturday.

The current form of both Birmingham and Preston is not so impressive. Preston’s away from is what inclines us to consider a result in favor of them.

We therefore like to place Preston or Draw at 1.57 odds as the main betting option. For the second tip, we like to place the both teams to score bet at 2.00 odds.