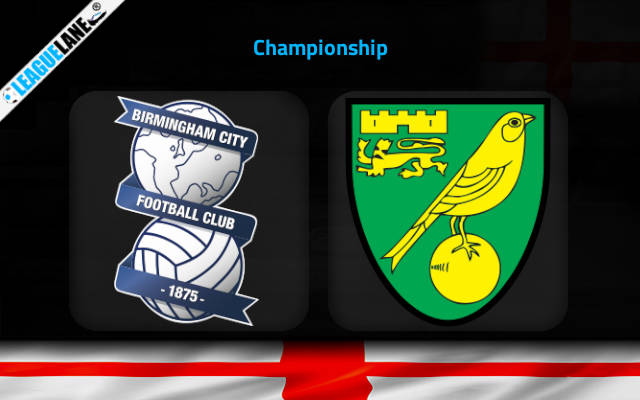 Birmingham and Norwich will clash at St. Andrew’s Stadium this Tuesday evening. The hosts are currently winless in the Championship and manager Eustace will look to win this fixture in front of the home crowd.

Meanwhile, Birmingham are struggling in the Championship early in this season- winning only one of their previous five outings. Earlier this month, Birmingham got knocked out by Norwich in the first round of EFL Cup.

It is worth noting that Birmingham have failed to qualify for the top flight in England for the past 12 years. This is not the case for the visitors who featured in the first division last season.

In this upcoming fixture, we can expect Norwich to deliver a winning performance. On top of that, they have a superb head to head form against Birmingham over the years.

The Blues lost 0-1 at home in their last match-day against Wigan. They are on a two-game winless streak in front of their home crowd at the moment.

On the other hand, Norwich secured a 0-1 win against Sunderland in their most recent away match. They are also having an impressive form against Birmingham in the head to head tradition.

Considering all these observations, expect a winning performance from Norwich, away from home.