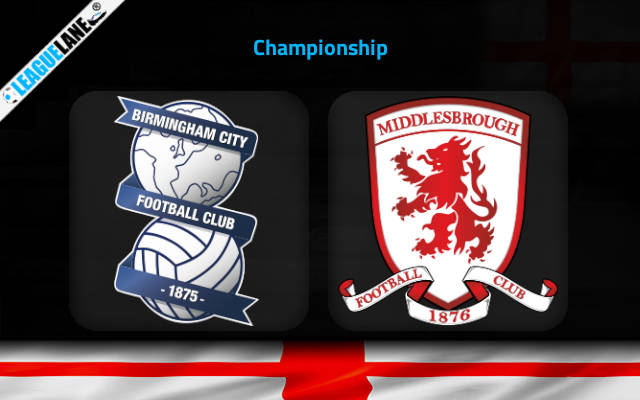 Birmingham vs Middlesbrough Predictions and Free Tips from our expert tipsters when the teams go head-to-head in Championship on Monday, 2 January 2023.

Middlesbrough showed their strength as they defeated Wigan by a huge 4-1 margin recently. Their form is looking similar to league leaders Burnley as they have won four of the last five matches.

On the other hand, Birmingham lost their eighth game of the season as they lost to Burnley by 3-0. The team led by John Eustace have picked up only one victory in their last five outings. This is something they will focus on improving this year.

The visitor are on a two-game winning streak against this team. They have won on all two occasions in 2022. The last time the host won this fixture in front of their home crowd was over three years ago.

Who will win the match between Birmingham and Middlesbrough?

Middlesbrough will likely win this fixture; they are in a good form this season. They have won three of their last four away games as well.

We can expect less than 2.5 goals combined. In the last four meetings, less than three goals were scored combined. At St. Andrew’s Stadium, the most recent match ended with two goals being scored.

Since 2021, both teams have struggled to score in this fixture. In the last four meetings only one team have scored. Therefore, it is unlikely that both teams will find the back of the net this time.

Our second tip is that Chuba Akpom to score anytime – at 3.25. He scored a hat trick against Wigan last time. He is also the top scorer for Middlesbrough this season. We can expect him to find the back of the net this time as well.