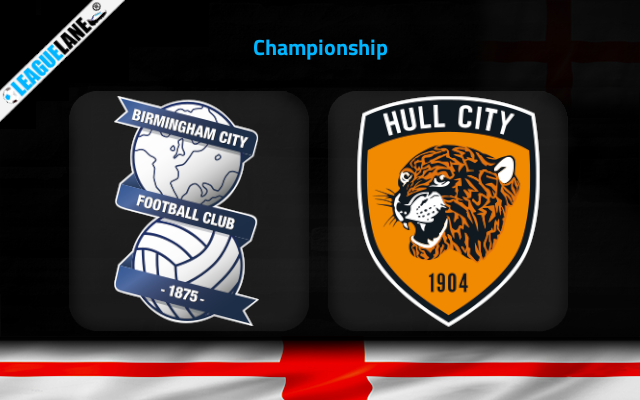 Birmingham vs Hull City Predictions and Free Tips from our expert tipsters when the teams go head-to-head in the England Championship on Friday, 30 December 2022.

Birmingham have succeeded in sealing a set of unbeaten outcomes lately. They have bagged a total of eight points from last five league outings and climbed into 14th spot in the league standings.

Meanwhile, Hull is having a difficult time and are struggling to get well clear of the relegation spot. They are currently at 21st spot in the league standings.

Birmingham won three, drew three and lost four of the last 10 encounters against Hull. The reverse fixture had finished in a 0-2 win for Birmingham.

At this venue, Birmingham is on a six-fixture unbeaten streak against Hull. In fact, Hull have only won once in the history of this clash.

Who will win the match between Birmingham vs Hull?

Birmingham have only lost once in the last eight home outings. Meanwhile, Hull is having a five-fixture unbeaten streak on the road.

Going on, Birmingham have a slight edge in the h2h tradition of this clash. For all these reasons, we expect a result in favour of the home side Birmingham.

The weak defenses of both sides have been recording a set of high-scoring affairs lately. Although they both have managed to evade a defeat, their preventing side is not that strong to keep themselves till the final whistle. In that case, expect this match to have over 2.5 goals ft.

We have already mentioned about the weak defenses of both these squads. Birmingham allowed 6 goals in the last three home matches while Hull leaked 10 in the last five road trips.

In that case, expect goals from both ends of St. Andrew’s Stadium on Saturday when these two lock horns.

We are expecting a victory for Birmingham since they have a slight edge as mentioned earlier. A win for them at 2.00 odds will be our primary bet.

Since both teams to score seem to have a strong chance in this clash, we like to place it next to Birmingham’s win at 1.91 odds.