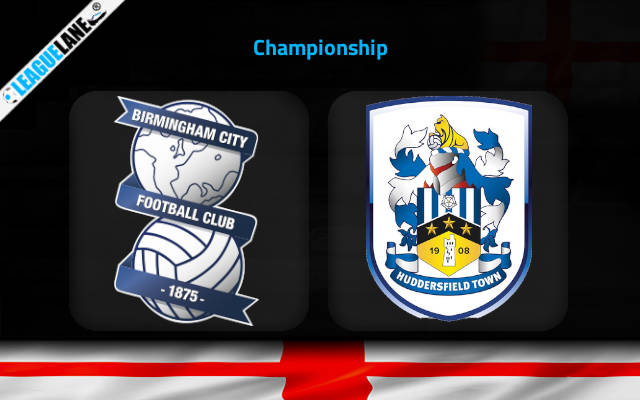 Huddersfield were one of the absolute best teams in the Championship the last season and they had missed out on a top-2 finish by the tiniest of margins. Meanwhile Birmingham were one of the worst in the league and they should count their lucky stars that they were not relegated at the end of the campaign.

They had finished 20th in a table of 24 and all along they were able to deliver a total of just 11 wins. And remember a Championship season consists of 46 games.

They had let in 75 goals in total during the season and they were unable to perform even in front of their home crowd.

It seems that they have continued this form even into the new season. They are still struggling to deliver at least one good performance once in a while and even now they are finding it hard to keep clean sheets.

Meanwhile Huddersfield had finished 3rd in the table and thus secure an entry into the playoffs. It did hurt them that they missed out on a direct-promotion spot, and will be determined to go after it this time around.

And speaking about playoffs, though they did qualify to have a shot at securing promotion to the top flight, they had to bow out in the final of the playoffs. And that too because of an own goal.

It goes without saying that they will be absolutely determined to make amends this season. Expect a winning performance from Huddersfield this Friday.

Birmingham were winless in 28 of their past 33 overall fixtures and in the process they had gone on two separate 3-fixture losing streaks and 4 separate 2-match losing stretches.

On the other hand, Huddersfield were unbeaten in 12 of their past 16 overall games and in the process they had gone on a 4-match winning streak as well as another 2-game winning stretch.

Considering these observations as well as the head-to-head domination of Huddersfield, expect a win for them this Friday.

Tips for Birmingham vs Huddersfield