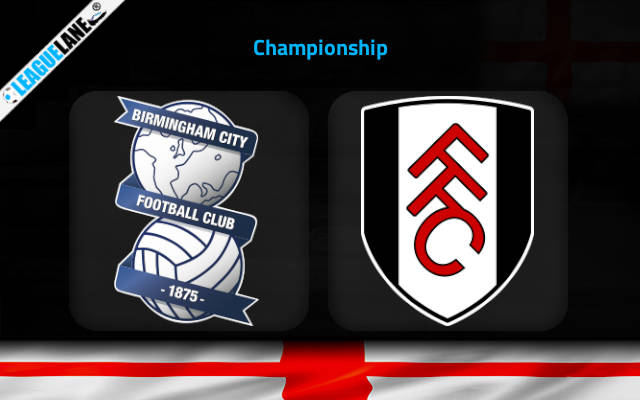 Fulham will be looking to bounce back from a shocking defeat at Blackpool as they travel to St. Andrew’s to battle in-form Birmingham City in the seventh round of the Championship.

Fulham ended an impressive five-win run across competitions at the least expectable place, falling 1-0 away at Blackpool on Saturday afternoon.

The Cottagers were a much better side on the pitch throughout the 90 minutes of the affair, but they just failed to convert any of their bountiful chances in front of Blackpool’s goal on the occasion.

Marco Silva’s men dropped down to the second position in the Championship standings as a consequence. They will get a chance to bounce back right away on Wednesday, but it will be easier said than done against the likes of Birmingham.

The Blues, who entered the season with fairly low ambitions after a dreadful campaign in the previous term, boast the best defensive record in the entire division after six rounds.

Lee Bowyer has indeed found the right defensive formula as Birmingham City are super tough to break down at the beginning of the season.

They will be even more dangerous in the final third now that the likes of Scott Hogan, Tahith Chong, and Lukas Jutkiewitz got a new companion in Troy Deeney.

The draw has been the most common of the outcomes in the history of this matchup, occurring on 16 occasions in 44 head to head affairs between the two sides.

Only one of the last eight head to head encounters produced three or more goals.

It is worth mentioning that the two outfits have already met each other this season as Fulham claimed a 0-2 victory in the second round of the League Cup three weeks ago.

Fulham will go into this on the back of three subsequent victories over Birmingham City.

Both sides do have a decent attacking potential, but we just have to back the Under 2.5 goals FT pick here.

Firstly, seven of the last eight H2H games ended with fewer than three goals scored. Moving forward, this is the clash between two of the teams with the best defensive records in the opening six rounds of the Championship.