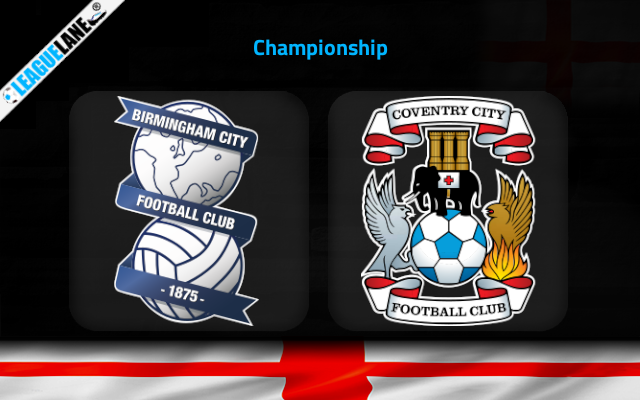 Two bottom side teams namely Birmingham and Coventry will look to end their misery as they both play against each other. An early kick-off at St. Andrew’s Stadium this Saturday awaits both clubs.

This season Coventry could be considered as the most underwhelming team in the Championship. The team is currently rooted at the bottom of the club.

It is surprising to find out that they have not won a single game this season. Also, 80% of their matches have ended in defeat. Even a win in this upcoming fixture will not make any huge difference in the table.

Meanwhile, the host are also having a disappointing season. The team is currently at the 22nd position in the table. Following two back-to-back defeats, John Eustace’s side managed a narrow 1-0 victory against Preston in their last league outing.

Maxime Colin scored the only goal in that game in the sixteenth minute. This victory was a huge relief for John Eustace, as it ended a three-game losing streak.

Looking at the bottom five clubs in the EFL Championship this year. The host are the only team who have conceded the least number of goals. Do also note, that Sky Blues have only won a single point this season.

The visitors are on a losing streak of four games. The defenders are looking clueless this season as they have conceded eleven goals in just five matches. Therefore, it is likely that this trend will continue in this upcoming fixture.

The host are full of confidence as they defeated mid-table side Preston in their last league game. Also, considering the opponents who have not won a single game we can expect the host to dominate this game.

Our first prediction is that Birmingham will win this game – at 2.70 odd. This is after considering the team’s recent victory against Preston. They have ended the four-game winless streak.

Moreover, our next tip for this game is that the Correct Score will be Birmingham 1-0 – at 8.50 odd. The host have scored at least one goal in three of the last five encounters.