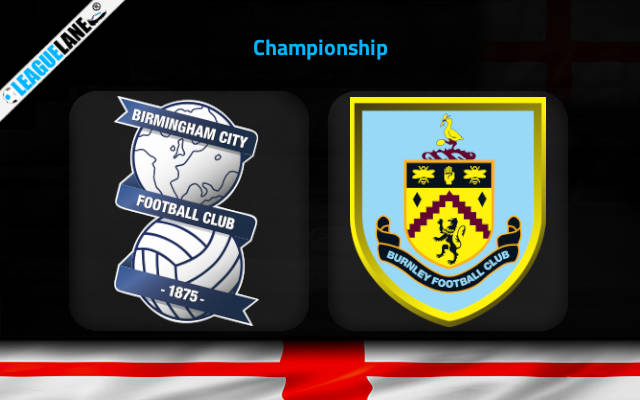 Birmingham take on guests Burnley at St. Andrew’s Stadium in this Championship fixture on Wednesday.

Burnley seems to have picked up things lately. They have a 100% unbeaten record so far this season, barring a single fixture, and they are also consistently finding the back of the net.

As of now, they are placed first in the table, and to secure it would be their immediate objective. In their prior 8 fixtures, Burnley hit the target a total of 14 times.

Vincent Company will try to motivate his squad to score more goals as it helps them to post more points on the table.

Meanwhile, Birmingham are struggling in the Championship early in this season- winning only five of their previous 14 league outings.

Neither the offensive nor the defensive side of Birmingham has displayed a pleasant display so far in the season. The opposition’s strong defense might reject their chances of scoring here too.

It is worth noting that Birmingham have failed to qualify for the top flight in England for the past 12 years. On the other side, Burnley is on course to regain the English topflight spot they lost previous season.

By the looks of things, expect a winning performance from the visiting side Burnley on Wednesday.

The Blues is yet to put in any consistent performances this season to satisfy their supporters at this venue. Meanwhile, Burnley enter the field with a very good away form.

Going by the recent head to head trend between the two, Burnley have the better chance of winning,. In fact, the current form of Burnley, who maintain the top spot, is more than enough to expect a victory for them here.