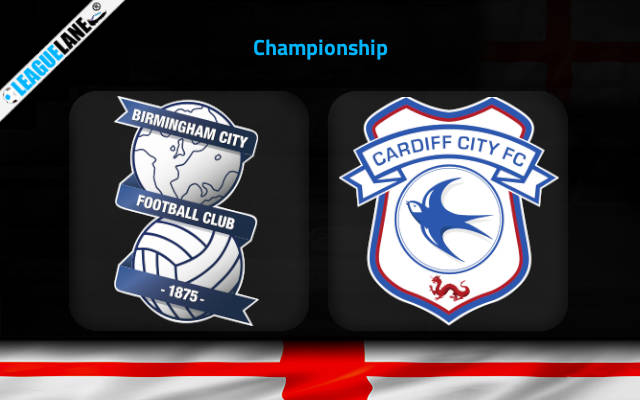 Birmingham City is to face Cardiff City in their home ground, this Sunday. They are 16th in the league table after their loss in the previous match.

Birmingham has 26 points from 21 games and has 1 more loss in their name after their previous match. The match against Millwall ended with 3-1 FT score in favour of Millwall.

Cardiff City is on the verge of relegation zone. With their loss against Sheffield United, Cardiff has moved to 21st in the league table with 21 points in their name. The match against Sheffield ended with 2-3 FT score.

Both Birmingham City and Cardiff City are in a tight spot in the tournament. Birmingham have played well in their last 5 matches. They have 2 wins, 2 draws and 3 losses in these 5 matches. They had kept a 3-game win streak before these matches but are now having hard time in keeping a win-streak.

The hosts won their last home match against Blackpool with 1-0 FT score. The team has 4 wins, 3 draws and 3 losses from their 10 home matches.

Cardiff city is playing hard to escape the relegation zone. After getting consecutive losses, the team has won 3 games in the last 5 games. Cardiff City has scored 20 goals and conceded 24 goals in Championship tournament this season.

From last 10 away games, the team has 4 wins, 2 draws and 4 losses. The team is unbeaten in their last 3 away games and has won their last 2 away matches.

Cardiff city is 5-points shy of Birmingham City. Both teams will look for a win to get themselves a better position in the league table.