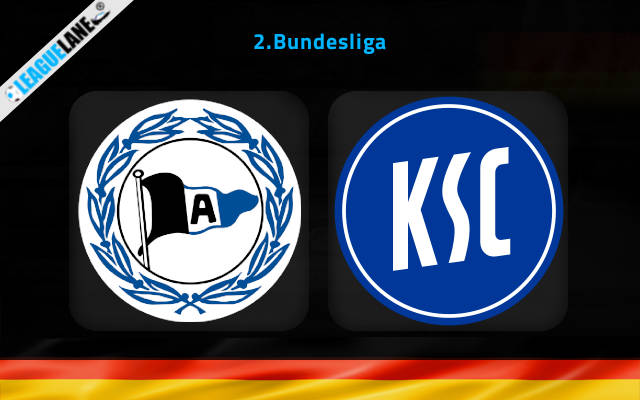 Arminia Bielefeld will be seen hosting Karlsruher in a 2. Bundesliga fixture at Schuco Arena on Friday.

Meanwhile, Meanwhile, Karlsruher is at the 8th position in the league table. The supporters of the visiting side will hope for a repeat of their previous display against Nurnberg. They won 3-0 against them at home.

Karlsruher were on the back of a 3-fixture winless streak before recording their recent victory over the likes of Nurnberg. However,their offensive line looks decent of late.

They had scored a total of 12 goals in the previous 6 fixtures while leaking just 3 goals. Such a display will stand tall over their upcoming rivals Bielefeld who sit at the bottom spot of the German second division standings.

On top of that they have a good head to head form against Arminia Bielefeld for the past several years. For all these reasons, expect a victory for Karlsruher on Friday.

Bielefeld were winless in 3 of the past 4 league fixtures. Also, they lost 2 of the past 4 home outings. They had allowed a total of 8 goals in the previous 4 home fixtures.

On the other hand, Karlsruher were unbeaten in 4 of the past 6 road trips and had scored a total of 21 goals during the course of these games.

Taking into account these observations, expect a victory for Karlsruher on Friday.