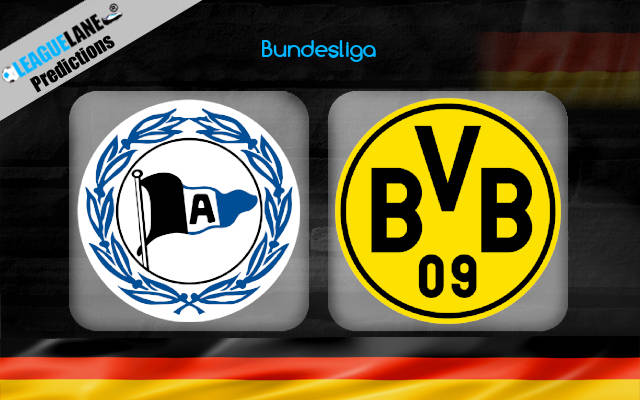 Die Blauen are one of the newest teams in the competition, as they were promoted to the top flight just at the end of the last season. And expectedly, they are struggling to keep up with the demands of this harsh league.

Going on, they have recorded a total of just one win so far in the Bundesliga, and that had come against the struggling Koln. Moreover, only Schalke have scored fewer goals than them in the tournament as well.

Meanwhile, Der BVB are the best team in Germany apart from the Bavarians, and they impressively have the best defense in the league so far.

They are also determined to go after Bayern Munich for the German title, and taking into consideration the form of the defending champions – it’s imperative that Lucien Favre’s men do not drop any point at all against easier opponents like that of Uwe Neuhaus’s men.

Moreover, Der BVB also do have a great h2h record against this rival over the years.

As such, expect Dortmund to keep their impressive run in the Bundesliga intact and record another win this weekend.

Die Blauen lost 2-1 on the road the last match-day, against Wolfsburg. In the meantime, Der BVB registered a 3-0 win at home the past game week, against Schalke.

By the looks of things, Favre’s men are the outright favorites to post the win. They have been one of the best two teams in the competition for the past decade, and they are also in fiery form lately. As of now they have won all but one of their games in the league this season as well.

Moreover, they also have the best defense in the German top flight so far. On the other hand, their counterparts are severely inexperienced, as they were inducted into the Bundesliga just at the end of the last season.

And so far they have recorded a total of just one win, and have scored the second-fewest number of goals of all the teams in the tournament.

Finally, Favre’s men also have a dominating h2h record against this opponent. Considering all these observations, expect Dortmund to post an easy win this Saturday.

In addition, with the trigger-happy strikers like that of Erling Haaland, chances are high for the guests to score in plenty as well.