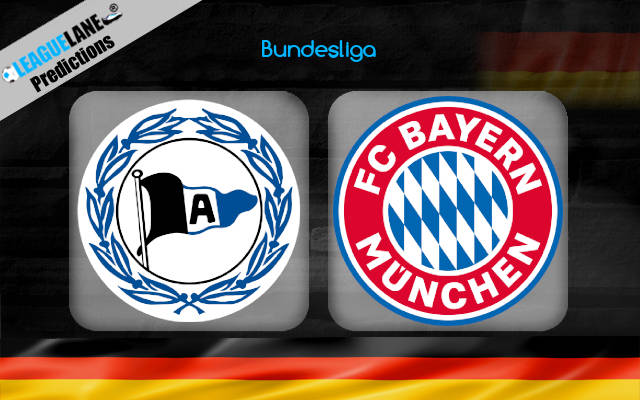 The Bavarians have a chip on their shoulder now after their shock loss against Hoffenheim. They did deliver a 4-3 win against Hertha to make a statement, but that still was not up to the level that we expect from the treble-winners now.

And into this setting comes Die Blauen – a team that was promoted to the top flight just at the end of the last season. The frustrated and determined Bavarians are expected to have a field day against this lowly opponent.

They also do have an impressive h2h record against this opponent over the years (as is the case for almost all teams in Germany).

Uwe Neuhaus’s men lost 1-0 on the road the last match-day, against Werder Bremen. After the hosts had a goal disallowed in the 20th minute by VAR, they made up for it with another goal seven minutes later – and held the lead till the final whistle.

In the meantime, Hans-Dieter Flick’s men recorded a 4-3 win at home the past game week, against Hertha. In an offensive masterclass, Robert Lewandowski scored all four goals for the reigning European champions. In fact, he had slotted in the winner in the 90+3rd minute.

Going on, the Bavarians are easily the best team in the world at the moment, and they are determined to repeat the heroics of last season once again.

They are pitted against a newly-promoted team, who are severely inexperienced in the top flight. And right away it’s a lopsided game.

On top of that, Flick’s men also do have a dominating h2h record against this opponent. They will try to deliver a flawless performance, and in the process will try to erase the memory of the Hoffenheim defeat.

Taking into account these observations, expect Bayern Munich to secure the three points, and that too in style.