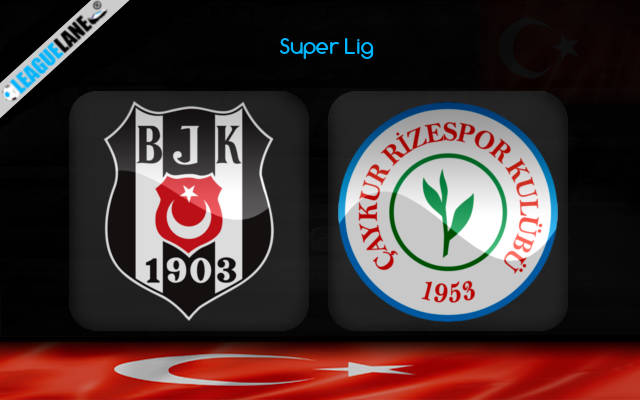 Besiktas will begin the Super Lig title defense quest with the home fixture against Rizespor on Friday evening at Vodafone Park.

Besiktas will have a nice chance to get their campaign up and running right from the get-go as they play host to Rizespor in the opening fixture of the new Super Lig season.

The hosts, who managed to pick up their 14th Super Lig silverware in a crazy finish of the previous season, have a relatively easy schedule at the beginning of the 2021/22 campaign with the games against Gaziantep, Fatih Karagumruk, and Yeni Malatyaspor upcoming after this inaugural tie against Rize.

The head coach Sergen Yalcin is, however, not the happiest man in the world after a somewhat of a poor summer transfer window for his team.

Besiktas lost their second top scorer Vincent Aboubakar this summer. They will also likely be without the top scorer Cyle Larin in this season opener as the Canadian forward received a longer rest after featuring the CONCACAF Gold Cup with his national team last month.

We thus have reasons to be worried about Besiktas’ attacking potential in this match against Rize. After all, Yalcin’s troops failed to score more than two goals in three pre-season friendlies against Basaksehir, Kayseri, and Adana Demirspor.

Looking solely at the head to head record, Besiktas are massive favorites here. However, we feel there is not much to justify the 1.25 price tag offered by the bookmakers for their victory here, especially with subpar performances they’ve shown in pre-season.

This is why we will go for the value bet here and back Rizespor not to lose by two or more goals difference at the odds of 1.90.