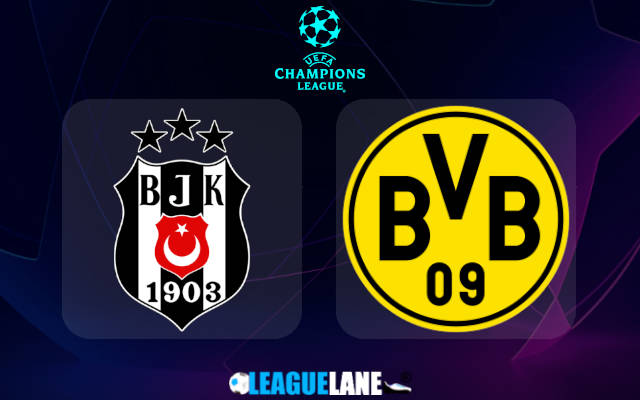 Borussia Dortmund takes the football field of Istanbul as hot favourites against a Besiktas team that won just two of the previous eleven meetings with German oppositions.

Marco Rose’s men proved the doubters wrong by beating Bayer Leverkusen 4-3 in a thrilling contest. This is their first away win of the season as well and a much needed one after stumbling at Freiburg before the international break.

The men in Black and Yellow finished top of their Champions League group last season ahead of Lazio, Club Brugge and Zenit last term. Erling Haaland grabbed all the headlines with his 10 goals and he will be eager to pick up from where he left off.

Dortmund’s campaign last season was put to an end by Manchester City in the quarter-finals.

Besiktas are returning to the Champions League after a 2 year hiatus. They had a strong campaign in 2017/18 and finished top of the group above FC Porto, RB Leipzig and Monaco. They were eventually knocked out in the round of 16 by Bayern Munich on a humbling 1-8 aggregate.

The Black Eagles earned automatic qualification after winning the Turkish Super Lig last season. Their start to the new campaign is quite strong, having won 3 of the 4 played along with a draw.

The best positive for Sergen Yalcin’s team is the four consecutive clean sheets they kept in the top tier.

Michy Batshuayi, on loan from Chelsea scored 2 goals from 3 appearances for his new employers. He will be eager to get into the scoresheet against a team he played during the second half of 2017/18 season.

Besiktas and Dortmund are meeting in a competitive match after 30 years.

The previous as well as their lone meeting happened in 1989/90 UEFA Cup Winners’ Cup. Dortmund won both legs, 2-1 in Germany and 1-0 in Turkey.

Besiktas have an overall record of 2 wins, 1 draw and 8 losses from 11 matches against German Bundesliga clubs.

Both wins happened against RB Leipzig in the 2017/18 group stage. They lost in all of the 4 previous home matches prior to that.

Borussia Dortmund are coming face-to-face with a Turkish opposition for a 9th time and they have lost just once during the previous 8 bagging an impressive 6 wins and 1 draw.

The team in Black and Yellow remain unbeaten in Turkish soil with 3 wins and 1 draw from previous 4 visits.

Besiktas are doing well in terms of overall match form, but this is a big test of their character with Dortmund blazing guns in their recent appearances.

We may have to write this many times this season, still, Haaland is the pivot of their success. The 21-year Norwegian seems to have hit top gear in no time and scored in his last 5 appearances for his club and country combined.