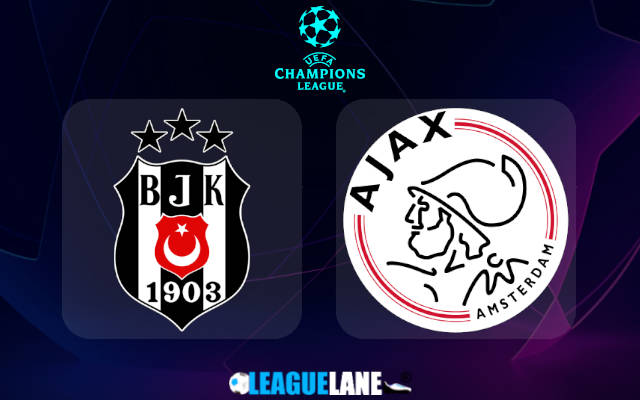 Despite the presence of Dortmund in the same group, Ajax have raced to the top of the table, and that too with a six-point lead. And now to officially be crowned group champions, they just need one more point.

Still, the team will be keen to keep building momentum. Under the guidance of Erik ten Hag, the young players from Netherlands are determined to become the first European champions from a non top-five league, in a long time.

And to further improve their chances, they are pitted against the worst team in Group C – Besiktas, who are placed dead last in the table with a 100% losing record.

By all means, expect a huge win for Ajax.

Besiktas lost 4-0 on the road the last match-day, against Sporting. They had also lost eight of their previous eleven fixtures, and had conceded two or more goals in ten of their past fourteen games.

In fact, their defense has been in such a bad state that it’s been over two months since they managed to keep a clean sheet at home.

On the other hand, Ajax recorded a 1-3 win on the road against Dortmund. They were also unbeaten in 47 of their past 50 matches, and in the process they had gone on two separate seven-game winning streaks, and two separate six-fixture winning stretches.

Taking into account these observations, expect a compelling win for Ajax this Wednesday.

Tips for Besiktas vs Ajax