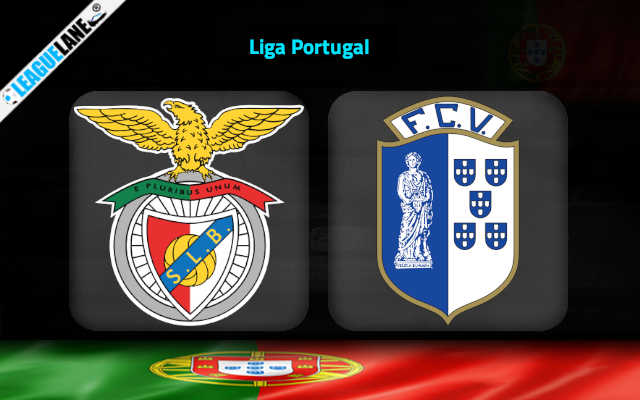 Just three days after the home fixture against Vizela, Benfica hit the ground to open the curtain on Gameweek No 5 of Portuguese Primeira Liga.

The team led by German manager Roger Schmidt are enjoying a fabulous start to the new season.

Not only have Benfica cruised to a perfect record of four wins in four matches in the domestic league but they also demolished both Midtjylland and Dinamo Kiev on the way to the group stage of the UEFA Champions League.

Benfica will have a great chance to continue their impressive winning thread on Friday against Vizela who will travel to the capital winless in three straight outings.

The visitors opened the new season with a 0-1 win at Rio Ave but went on to collect just two points from the following three games.

Pacheco certainly couldn’t be happy with his team’s defensive performance in the home fixture against Gil Vicente on Monday night.

You don’t want to concede two goals at home to Gil Vicente and then travel to Estadio da Luz to battle Benfica whose players are wearing their shooting boots at the beginning of the season.

All eyes will be at Goncalo Ramos who has been the team’s standout performer this summer, scoring goals fort fun in the UEFA Champions League qualifications.

Benfica have celebrated four successive wins by at least two goals difference without conceding a single goal in the process (in all competitions).

This is exactly the scenario we are expecting to see on Friday against Vizela, regardless of the fact the hosts had a game on Tuesday night. Benfica to win to nil is the way to go at the 1.90 odds.