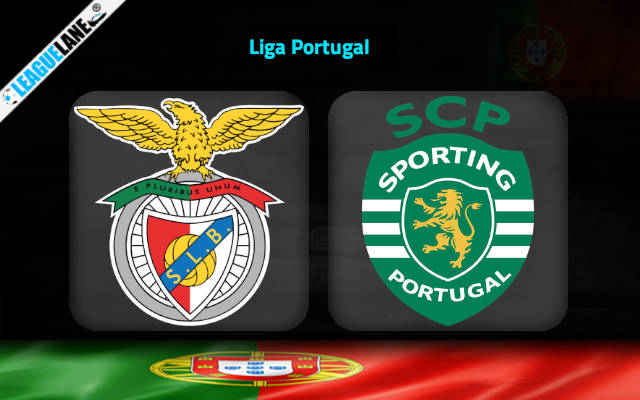 It’s all set for the biggest derby in Portugal as bitter Lisbon rivals will lock horns on Sunday evening at Estadio da Luz.

Benfica are in a much better position going into the derby. They are set as pretty big favorites by the bookmakers as well.

Nevertheless, there are never genuine favorites in these types of affairs. That said, Sporting CP have offered a subpar performance in the 1-0 defeat at Maritimo last weekend.

Ruben Amorim’s men failed to register more than a single shot on target on the occasion. Following Benfica’s win over Portimonense, Sporting CP are now again as many as twelve points behind arch enemies at the top of the Primeira Liga standings.

The loss at Maritimo came out of nowhere for Amorim and his troops as Sporting had looked great in the League Cup affairs in December.

Sporting dispatched Maritimo and Braga 5-0 each last month. They translated such form into the league, beating Pacos de Ferreira 3-0 at Estadio Jose Slvalade on December 29th.

It will be very interesting to see whether the mentioned defeat at Maritimo will affect the team ahead of such an important clash against bitter city rivals.

Sporting CP will have a very tough task here knowing that Benfica are yet to make a mistake at Estadio da Luz this season.

Benfica won all eight league matches in their own backyard this term. However, it is worth mentioning that the Eagles did fall 3-0 at Sporting Braga in the last game of 2022.

Benfica have the best attack in the country and the joint-best defensive record in the competition. Knowing about their home court advantage and Sporting CP’s poor performance in the last weekend loss at Maritimo, it is very hard to argue against Roger Schmidt’s men here.

Since Sporting CP offered nothing offensively in the clash against Maritimo, we will take Benfica to win to nil at the 3.40 odds. Obviously, their top scorer Goncalo Ramos is also well worth backing to find the net here at the 2.20 odds.