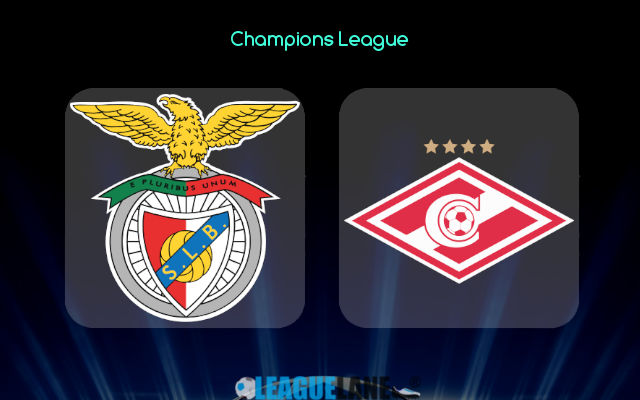 Benfica are the stronger side as they are clear favourites to roll over the Russian outfit Spartak Moscow at home turf in Tuesday’s Champions League Qualifiers.

The Eagles come into this game after they have picked up form and returned to winning ways in their recent two matches. They come in after a hard-fought victory against Moreirense in which they won 2-1. The Portuguese side will be high on confidence.

Spartak Moscow are not at their best as they come in after a 2-1 loss at home. It seems like the Portuguese outfit are are set to roll over to victory in this fixture.

The Portuguese side have only one absentee in right-back with Andre Almeida missing out due to a knee injury. The rest of the Benfica squad is available.

Spartak will be without the exciting young fierce talent of Quincy Promes.

At the same time, the Russian side will also be without goalkeeper Aleksander Selikhov and centre-back Pavel Maslov.

These two sides have met thrice in the Champions League where Benfica have won thrice and lost once. Their loss against Spartak Moscow came in the first ever encounter, but since then, the Portugues side have been too strong for the club from Moscow.

Considering the recent form of both clubs, Benfica have not yet lost to any opponent in their last three fixtures as they drew once and won two.

Consequently, when you look at Spartak Moscow, over the last three fixtures, their form has recently dropped as they lost their last two games in the league as well as the Champions League qualifier against Nizhny Novgorod and Benfica.

Despite the fact that Spartak Moscow are a decent team that could upset Benfica, we are not going to be surprised with the score line that could potentially entertain us all.

The Russian side have the capability and potential to upset Benfica, but the likes of Rafa Silva, Joao Mario and Pizzi could make the difference between the two sides as this game will be defined by quality which this Benfica side have under their ranks.

It will be a massive task for Spartak Moscow to pull out a performance from their hat. There are high chances that there will be goals from both sides.