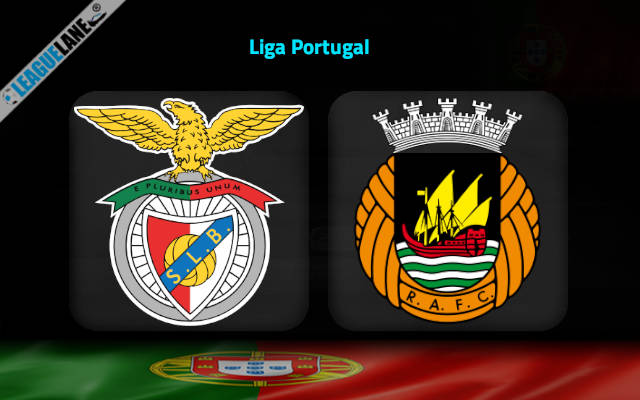 Rio Ave is going head to head with Rio Ave on Saturday for the Liga Portugal clash with home side Benfica.

Benfica have been one of the top performing teams in the Portuguese top flight for several years. The previous season was no different. But, they had missed out on a European ticket by small margin of points.

Going on, Benfica seems to be determined to make amends this time. The team bagged a total of 22 points in their 8 league fixtures in this season with a perfect score of 7 wins.

It also deserves to mention that they had allowed the least number of goals in the whole tournament and are currently at the top spot in the league standings.

Meanwhile, Rio Ave delivered their best performance upon returning to the elite class of Portuguese football in their maiden victory against the reigning champions FC Porto, that too in a dominant fashion.

However, they did not earn any spirits from the tie and had turned inconsistent since then conceding 3 winless fixtures out of a total 4.

Their defensive line also looks weak as they let in a total of 13 goals over the course of 8 Liga Portugal fixtures in this season.

By the looks of things, expect a victory for the hosts Benfica on Saturday at Estadio da Luz.

The bookmakers see hosts as pretty big favorites at just 1.14 odds to claim the spoils here. It is very easy to understand why because they has been exceptional so far in this season.

On top of that, they owns a terrific h2h form against this opponent for the past two decades. Thus, expect a comfortable victory for the home side Benfica.