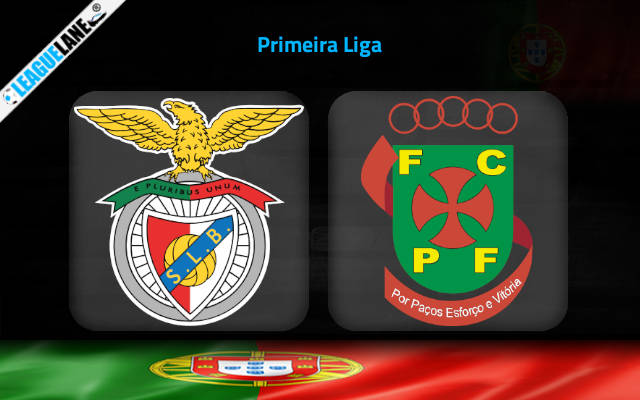 Benfica are enjoying an incredible spell of form at the start of the new season. They have a perfect record of three wins in three games in the domestic league and they have advanced to the group stage of the UEFA Champions League by cruising past the likes of Midtjylland and Dynamo Kiev in the process.

German manager Roger Schmidt has obviously found the right formula at both ends of the pitch as his troops look unstoppable on all fronts right now.

Benfica will be enormous favorites to maintain the perfect record in Primeira Liga on Tuesday evening when they play host to struggling Pacos de Ferreira in the postponed fixture of the third round of the competition.

Ferreira will enter this tie as huge underdogs and in completely opposite spirits. While Benfica have an 8-0 goal difference from three matches, Pacos de Ferreira are at the very foot of the standings with a 0-7 goal difference in the inaugural three Matchdays.

The fact that Pacos de Ferreira lost back-to-back home fixtures to the likes of Portimonense and Estoril by a 0-3 scoreline each best describes their awful form at the beginning of the season.

Moving forward, Pacos de Ferreira have only scored 10 goals in 17 away matches in the previous term of Primeira Liga. They indeed have nothing to hope for on Tuesday at Estadio da Luz.

The home win to nil has to be the way to go here at the odds of 1.66 based on everything we have seen from these two teams so far in the season.

We also like Benfica to have the lead at the half time and win the match at the end at the odds of 1.57.