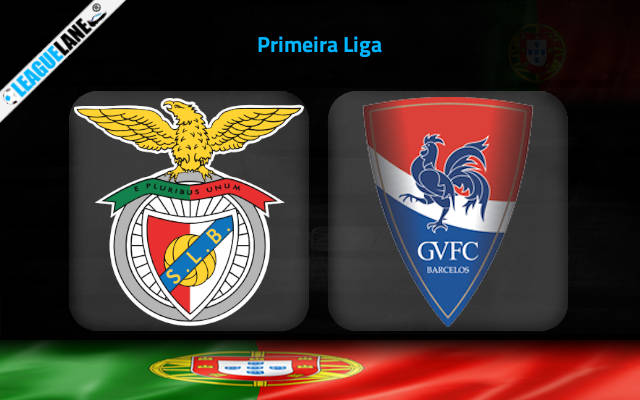 Benfica are enjoying a spectacular spell of form at the moment. They have bagged at least four goals in each of the last four wins in all competitions.

The streak includes as many as ten goals in the final two UEFA Champions League group stage games against Juventus (4-3) and Maccabi Haifa (6-1).

German manager Roger Schmidt is doing miracles with this team in all competitions this season. The mere fact that Benfica topped the Champions League group ahead of the likes of PSG and Juventus is sensational.

Schmidt’s men are also eight points clear atop Primeira Liga standings with 11 wins and 1 draw after the opening 12 matches in the domestic league.

They boast the league’s best attacking and defensive record at the same time with a goal difference of 34-6. There is no team in Portugal capable of matching such an output right now.

Schmidt’s squad will go into this on the back of a 1-5 demolition of Estoril (a mid-table outfit) seven days ago. Antonio Silva starred with a brace on the occasion.

Benfica should have an even easier fixture on Sunday when bottom-half strugglers Gil Vicente come to visit Estadio da Luz.

The difference in quality between these two teams is huge. Gil Vicente have lost five consecutive league outings and they do not have anything to hope for in the clash against the best team in the competition.