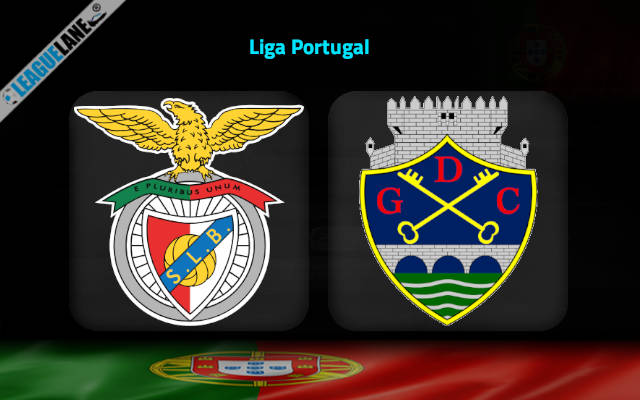 Benfica could be one of the best teams in the whole of Europe based on their performances of the season. They are firmly in control of the top-most spot in the Portuguese top flight, and this weekend they will easily be the favorites against the rather inconsistent Chaves.

Benfica are one of the only three teams remaining in Europe to face defeat this season. Not just that, they gave the likes of PSG and Juventus a run for their money in their Champions League group.

Currently they are level on points with toppers PSG in their CL group. Moreover, they are easily at the top of the Liga Portugal table too.

They have a 100% winning record barring a single draw, and already have a lead of six points. In addition, they have a combined scorecard of 24-5 from their ten games till now.

Meanwhile, Chaves were able to register just four wins so far, and two of their past three road trips even ended in losses.

They are currently trailing 13 points below the toppers, and most importantly they have a poor h2h record against this rival over the years.

For the reasons, expect a win for Benfica this Saturday at their home.

Benfica are on a long unbeaten run, that extends almost six months back. Most of these fixtures ended in wins, and all along they scored in plenty too.

Additionally they are at home, where they have a perfect winning record so far.

On the other hand, not only are Chaves going through a very inconsistent set of performances, but they also struggled quite a lot in past h2h meetings over the years – and particularly so at this venue.

Surely expect a win for Benfica this weekend.

Tips for Benfica vs Chaves