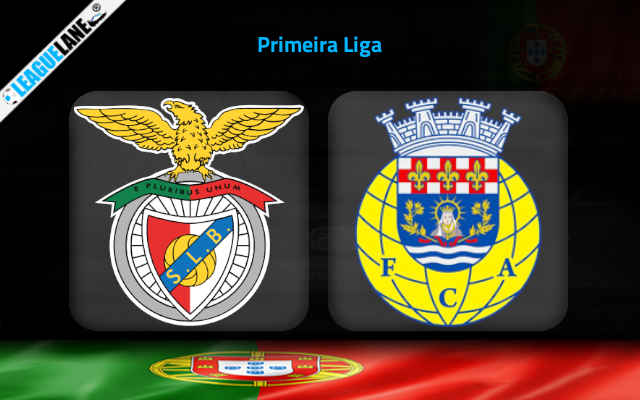 Benfica were having a decent form throughout the past Liga Portugal season. Their decent consistency allowed them to claim the third spot at the end of the season to play the Qualification fixtures for the upcoming Champions League season.

Meanwhile, Arouca were having a disappointing form throughout the past Liga Portugal season. Their unimpressive run resulted in their positioning on the table. They were at the edge of the relegation spot, escaping it for just two points at the end of the season.

Arouca will travel to Estadio da Luz to face the hosts Benfica in their first league fixture this season on Friday.

We can see Benfica enjoying their impressive run in the pre season friendlies. They have won each of their five friendly outings post the completion of the past season. This includes strong outfits across different competitions.

Benfica is currently having a winning streak at home. They won each of their past four home outings. Their offensive side were having an excellent form in all those four matches. The positive outcomes sealed against outfits like Fulham and Nice will boost them to face another one here.

On the other side, Arouca ended up the past season with inconsistent displays. They extended it further with recording the same in their pre season friendlies against outfits who possess average potentials.

Arouca is having a displeasing form on the road at present. They are having a winless streak for six games on the road. Five of them were negative displays too.

In that case, we are left to back Benfica to seal a comfortable win against this Arouca side on Friday.