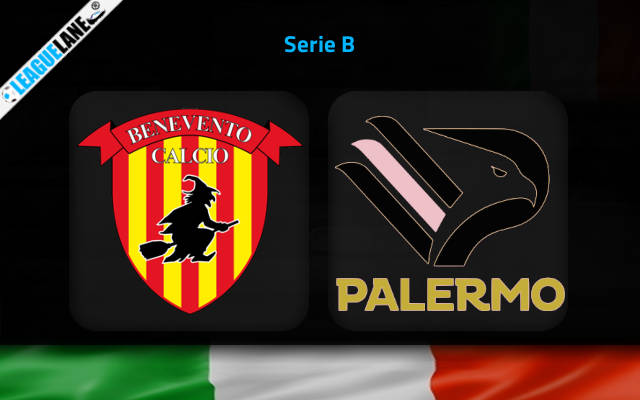 Both Benevento and Palermo are finding it hard to deliver good performances. They are hanging by a thread over the relegation cut-off, and are also struggling quite a lot with their defense. It goes without saying that the two teams will consider each other as an opportunity to post three easy points.

Benevento are placed 15th in the table at the moment, and have just three wins to their name so far. Only one of these victories came in the past five match-days, and as one would expect they let in goals in huge numbers all along.

It is also quite concerning that they are one of the worst teams in home games. In fact, they remained winless in their past five appearances at home, and have a single win here all through the campaign.

Meanwhile, Palermo are one of the worst teams on the road in the Serie B. Barring a single draw and loss, they have a 100% losing record in such fixtures.

Going on, they are placed 16th in the table as of now, and it is to be noted that only a single squad has posted fewer points than them on the road.

Furthermore, majority of h2h meetings over the years also had goals in huge numbers. By the looks of things, expect a high-scoring affair this Sunday between the two.

Benevento have a single win to their name in the past three months, and they managed to win just once at home since May. It is also a matter of worry that they have a single clean sheet at home this whole season.

On the other hand, Palermo let in four goals from their past two games combined, and they have a 100% losing record on the road – disregarding just a single win and a draw.

Taking into account these observations, expect a high-scoring affair this Sunday at the Ciro Vigorito.

Tips for Benevento vs Palermo