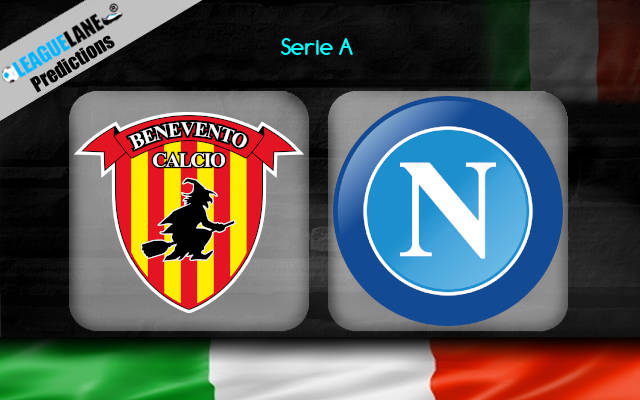 Benevento see a very tough schedule early in the new campaign continue as they host Napoli on Sunday afternoon, hoping to bounce from a comfortable 5-2 loss at Roma seen last week and do more at home ground. They have beaten Bologna (1-0) here beforehand but struggled against Inter (2-5) too, which will be worrying ahead of Sunday’s clash too.

Napoli beat Atalanta (4-1) in another high-scoring performance in front of the home fans last week but struggled to replicate in Europa League, as AZ (0-1) snatched the points at San Paolo. They sit fourth and four points behind early pace-setters AC Milan, which will have Gennaro Gattuso’s men very motivated to keep up with points at Ciro Vigorito Stadium.

Partenopei beat Parma (0-2) on the road before a rather disappointing trip to Turin and a 3-0 loss at Juventus ahead of the International break. They will want to find consistency and there will be no lack of emphasis on it, where the visitors will be well-aware how important points at sides such as Benevento could prove later in the campaign.

Napoli have perfect Serie A records against Benevento, with four wins earned in four clashes so far.

Benevento turned a 2019/20 pre-season friendly their way, ending the unwanted streak against the rivals.

We’ve seen Napoli score 12 goals and concede none in the aforementioned four Serie A games against Benevento.

We do hope for a more exciting head-to-head contest this time around but we’ll still back Napoli to turn it their way, as we go for an Away win and a Yes on Both teams to score at 2.37. We’ve seen them scoring numbers of goals lately and it feels the visitors should have what it takes to outgun Benevento at this point.

With that in mind, it’s easy to understand we’re hoping for a high-scoring contest at Ciro Vigorito Stadium. We’ll thus also go for Over 3.5 Goals FT, which comes at Evens and has caught the eye of many following Partenopei’s convincing win over Atalanta last week as well as Benevento’s struggles to cope with big guns.