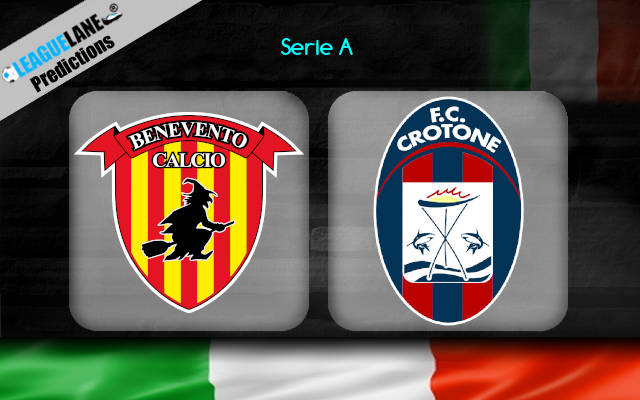 Benevento are looking to keep their top-flight survival hopes alive ahead of the final day with a victory over the already-relegated Crotone on Sunday afternoon at Stadio Ciro Vigorito.

Benevento are currently third from bottom and the only of three bottom-three sides capable of saving the elite class status in the remaining two rounds.

The situation is, however, anything but simple for Filippo Inzaghi and his troops who have a mountain to climb to stay in Serie A.

Benevento are four points below the safe zone line with just two games left to play. On a more positive note, they have fixtures against Crotone (already relegated) and Torino (direct rivals in the relegation scrap) remaining.

Also, there are three teams they can possibly take over by the end of the season (Spezia, Torino, and Cagliari).

On a negative note, Benevento have been in a dreadful form in the last couple of months. They are actually the most out-of-form team in the entire division having claimed no more than one point from the last seven rounds.

The lack of defensive meticulousness has been the main reason for a massive slide in from as Inzaghi’s troops shipped at least two goals in each of the last six league outings.

This will be the music to the ears of Simeon Nwankwo who has had an outstanding individual campaign in Crotone’s shirt this term.

The Nigerian forward bagged 19 goals so far in the season and there are no doubts he will have plenty of room to deliver the goods past such a leaky defense on Sunday.

Crotone spent most of the season at the very foot of the Serie A standings, but they managed to take over Parma thanks to a 2-1 victory over Hellas Verona on Thursday. Adam Ounas and Junior Messias were on the scoresheet, while Simy Nwankwo contributed with an assist this time.

This is the last train to catch for Benevento and we can’t look beyond the home win pick here, regardless of their horrendous spell of form. However, we certainly do expect to see the visitors on the scoreline as well, meaning the Home win & Both Teams To Score is our main betting recommendation at the odds of 2.75.