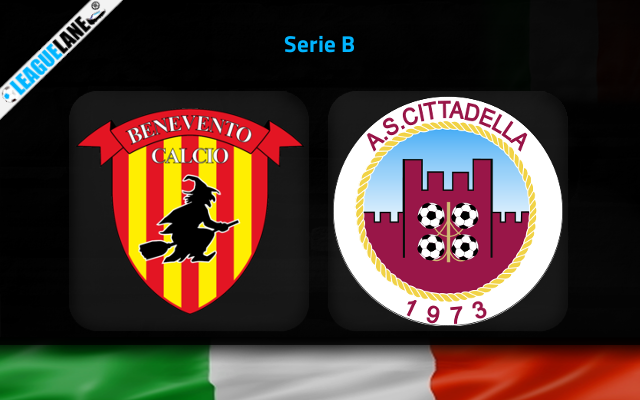 Benevento vs Cittadella Predictions and Free Tips from our expert tipsters when the teams go head-to-head in the Italy Serie B on Sunday, 11 December 2022.

Benevento will go into this match after a -1 Serie B victory as they beat Parma in their most recent outing. they have climbed into 15th spot, outside the danger zone after sealing that win.

Meanwhile, Cittadella will be hoping to return to winning ways here following a 0-3 losing effort in their last Serie B game against Bari. They are currently at 18th position in the league standings.

Benevento have been the dominant force in the recent history of this match-up. They are on a five-fixture winning streak against Cittadella.

At this venue, the guests are on a three-fixture losing streak. The latest meeting had finished in a 4-1 win for Benevento.

Who will win the match between Benevento vs Cittadella?

Benevento have managed to record a set of unbeaten outcomes in the last few matches. They seem to have picked up the much needed momentum.

On the other side, Cittadella are having an inconsistent form of late. They were winless in four of the last five league outings.

By the looks of things, we expect a victory for the home side Benevento on Saturday.

Five of the past six head to head meetings between these two teams were high-scoring affairs. Going on, they both have been scoring and leaking goals in the past few matches.

Therefore, expect an over 2.5 goals ft scenario at Stadio Ciro Vigorito on Saturday.

Benevento’s defense breached in seven of their total eight home games played so far in this season. On the other side, Cittadella have let in a total of 9 goals on the road.

On top of that, four of their last six h2h meetings had goals from both ends. For all the above reasons, expect a both teams scoring affair here.

We would like to back Benevento to win at 1.57 odds as the main bet considering their recent form.

For the second tip, both teams to score option seems to be ideal at 1.95 odds.