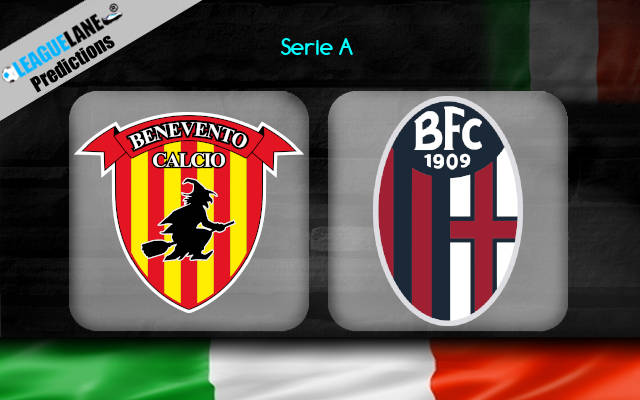 Benevento have returned to Italian Serie A after winning the tier two division last year, and their results so far are implying this squad prefers action and high-scoring matches.

So far both of their games ended with five goals or more, so don’t be surprised to witness something similar this Sunday at Stadio Ciro Vigorito against Bologna as well.

Sinisa Mihajlovic’s squad is still a warm favourite for the win at 2.20 odds, while chances for hosts to grab their second victory this season are slightly slimmer at 3.10.

We feel that banker bets for this match are located in the goals market.

These two teams have met only two times in the past, back in season 2017/2018 in Serie A. Bologna were victorious in both occasions with total goal difference of 4-0.

Benevento were this aggressive in Serie B last season too, and great offense secured them title seven rounds before the league even ended.

They are coached by legendary Italian former player Filippo Inzaghi. His reactions in Benevento’s first win this season on the road against Sampdoria were priceless. Full-time result was 3-2, but Sampdoria had 2-0 lead. Man of the match was Luca Caldirola with two goals.

In the next round Benevento were no match for Inter Milan, losing the game at home venue 2-5 FT. However, they have shown zero intentions to park the bus and hope for the best.

As for their opponents, Bologna had really solid results during the pre-season so their recent 4-1 win against Parma shouldn’t surprise anyone. They also have three points total after losing to AC Milan in the initial round on a 0-2 scoreline.

We are expecting to see an open match and both teams to score at least one goal. As for the value bet, draw seems like the best option.