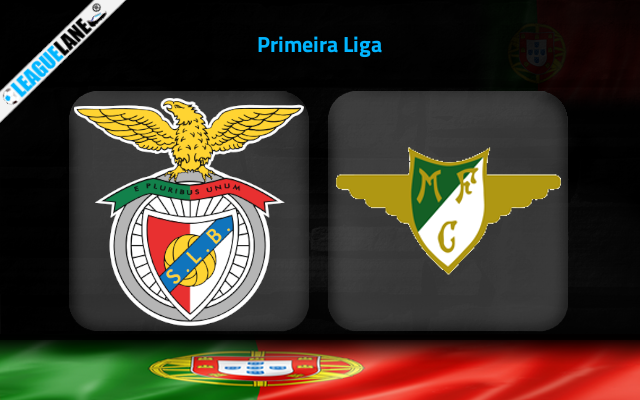 Benfica secured a position in the first three of the Primeira Liga table. They are 8 points clear from the fourth placed Braga.

Therefore, their only aim is to elevate their run by climbing up to challenge the title against the current table toppers Porto. Snatching points from every match hereafter is the only way to emerge successful.

They will try to bag a win on Saturday afternoon when they lock horns with Moreirense in Round 18 of Primeira Liga at Estadio da Luz.

The visitors are on the edge of the danger area and conceding a defeat further now will possibly sink them into the dark zone of Primeira Liga. On a positive note, they have won two games out of their recent three league outings.

The hosts will go into this on the back of an impressive 2-0 victory over Ferreira in the previous round. At home, they won 6 and lost 2 of their 8 league fixtures.

They have an impressive goal scoring record at home this season. They scored 23 goals at home from these 8 games which is in fact thrice of what they shipped from their opponents.

On the other side, Moreirense, have been putting up their worse performance overall in the league. They have won only three games this season so far. On road, they have won only one, drew 3 and lost 5 of their 9 league affairs.

They have shipped 14 goals and scored only 6 on travels. They have been scoring once on road lately and are expected to score one here too.

But one goal isn’t enough to evade a defeat against this Benefica side who will most likely score a couple to register a win at the en of 90 minutes. We’re inclined to back Benefica in this matchup.