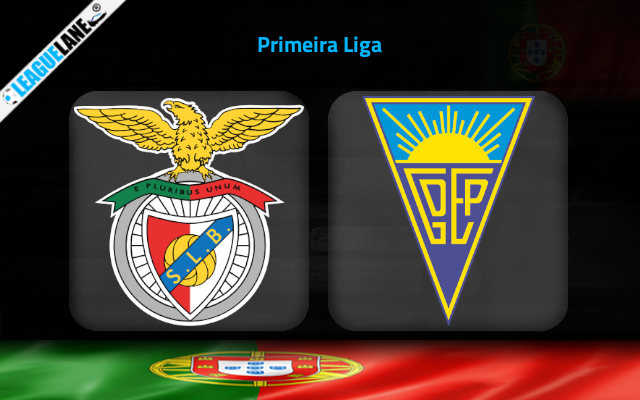 Benfica are well secured at the third spot with a difference of 12 points with Braga occupying the fourth spot. They have been enjoying a great spell of form with the support of the second best attacking side of this season. They will be hoping to decrease the gap between them and the CL spot, which is currently 6 points away from them.

The hosts were last seen playing the second leg of Champions League Knockout stage against Ajax. They have managed to qualify for the further in the CL knockout stages. On the back of such a competitive achievement with a set of 6 unbeaten games from the Primeira Liga, they will be having highest of spirits.

Meanwhile, Estoril are having an inconsistent form this season so far. However, they have enough of wins to occupy the 7th spot. They have a total of 34 points in hand. They own an average offensive and defensive lineup.

Estoril won against Portimonense in their most recent league fixture at home. The match ended up with a 2-0 ft score. With that win, they have constructed a set of two unbeaten games in the league.

By the looks of things, Benfica possess a heavy form of late. Their positive spirits is expected to be reflected in their next Primeira Liga fixture against Estoril at Estadio da Luz on Sunday.

After analyzing the impressive head to head record possessed by Benfica over Estoril, we are left to back Benfica to record a three pointer from this fixture.

They have a 100% unbeaten record against Estoril and their form in the league is satisfactory when compared to Estoril who owns a seesaw of run lately. Therefore, we back Benfica to record a positive display.