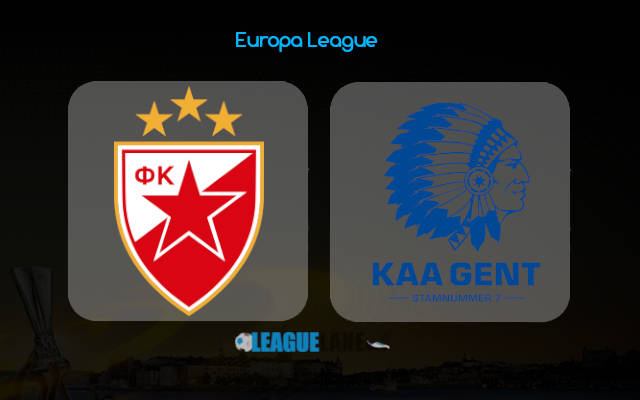 Red Star Belgrade are playing in Europa League this year, unlike the previous two seasons when they made it to the UCL group stages. Serbian champions are feeling quite optimistic about reaching top two spots in their respective group after demolishing Slovan Liberec last week in Belgrade 5-1 FT.

Squad led by legendary player and now coach Dejan Stankovic is a favorite once again, this time against Gent.

The odds on home victory are dropping constantly after it was announced that Belgium side is having huge troubles with covid19 infected players. At the moment you can get 1.60 rate for home win.

There were no previous head to head encounters between Red Star Belgrade and Gent.

The last time Red Star faced on Belgium squad was in 1997 in UEFA Cup Winners’ Cup. They were defeated 4-3 on aggregate.

Red Star Belgrade have been dominating the Serbian scene for quite some time now. They even some caused some massive upsets on the European scene, like legendary 2-0 home win against Liverpool FC in season 2017/2018. Later on that year the Reds became UCL champions.

Red Star’s Europa League campaign started with a 0-2 loss to Hoffenheim in Germany, which was pretty much expected result. Three points secured against Slovan Liberec might be of crucial importance for the playoffs. If they manage to beat weakened Gent as well, chances of securing the second place are quite high.

As mentioned above, visitors are in big trouble because of sidelined players, and we don’t think they will escape Belgrade with a point or three.