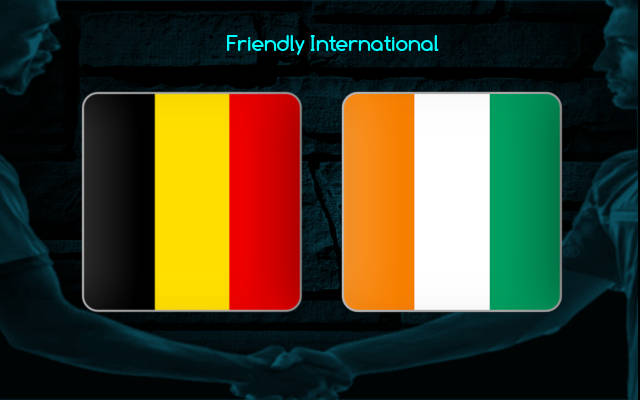 Belgium will host the Elephants from the West African region yet once again for an international friendly after their previous h2h meeting had resulted in a 2-2 draw in ninety minutes.

The Red Devils will host on the back of a 13 game winning streak across all major competitions in the schedule. They had capped their winning run with a 5-1 win at home against the likes of Iceland in the last clash of the UNL tournament.

Ivory Coast or Cote d’Ivoire will visit on the back of a loss on the road, despite holding a three-game winning streak in their schedule before that defeat. They were in the Africa Cup of Nations tournament last time out and were defeated by Ethiopia with a 2-1 scoreline.

The Red Devils were a real favorite in the last World Cup and their strong squad including big names like Romero Lukaku, Mertens, De Bruyne etc were capable of creating a problem for the opposition backline at any given time in the ninety minutes.

Belgium enjoys the ground advantage in the game and just three losses in their last 30 home matches across all major competitions in the schedule prove their form at Brussels. With their improved form since 2014, the Red Devils is not likely to fall against Ivory Coast like their last h2h meeting.

Cote d’Ivoire had two losses within their last five clashes in the schedule. They will visit on the back of an away loss and Patrice Beaumelle doesn’t have much time to pick up his team from that loss, especially against a star-studded side like the host.

Keeping that in mind, the safest bet for the punters will be a home win for Belgium with a -1 handicap regarding their overall form and squad strength. Besides, the Elephants are more physical in the middle, which points to fewer goals. So, the tip for under 3.5 goals will come in handy from the goals area.