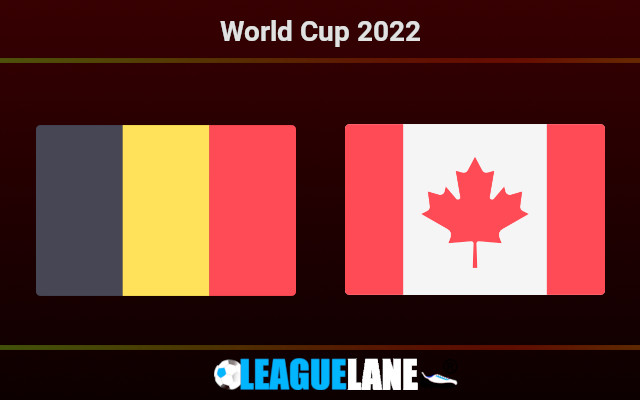 The last dance for the Belgian golden generation

Belgium will make one final push in an attempt to win gold at the biggest stage with their golden generation.

Spanish manager Roberto Martinez has numerous injury woes ahead of the World Cup. Romelu Lukaku will certainly not be available for the Group F opener against Canada.

However, the Red Devils have enough weapons elsewhere. Kevin De Bruyne is the team’s biggest star, while the likes of Michy Batshuayi, Eden Hazard, Dries Mertens, Yannick Carrasco, and Leandro Trossard are well capable of shining against any team on the planet.

The Belgians won the third place at the World Cup in Russia, beating England 2-0 in the 3rd-place battle.

They fell to Italy 1-2 in the EURO 2020 quarterfinal after shipping only a single goal in four games beforehand.

The Belgians did not have any troubles topping their WC Qualification group ahead of Czech Republic and Wales, while they came second in the recent UEFA Nations League campaign (six points behind the Netherlands in Group 4).

Canada are back for the first time since 1986

Canada will make their first World Cup appearance since 1986. They have earned it thanks to a stunning campaign in the CONCACAF World Cup Qualifications.

The team led by English manager John Herdman topped the final group of eight CONCACAF zone teams ahead of the likes of Mexico, United States, and Costa Rica.

They have allowed only 7 goals in 14 outings in the process. Nevertheless, we must say that the Canadian back line did not look great in the recent friendlies.

Canada shipped two goals to Uruguay and Bahrain each in the previous two friendly games.

Belgium allowed only one goal in the group phase of EURO 2020 despite facing Russia and Denmark in the process. Canada lack experience at the biggest stage and we can hardly see them threatening the Belgians on Wednesday.

Belgium to win to nil is the way to go at the 2.37 odds. We will also back Kevin De Bruyne to score anytime for the Red Devils at the 3.00 odds since the Man City star is by far the most in-form player in this Belgian team.