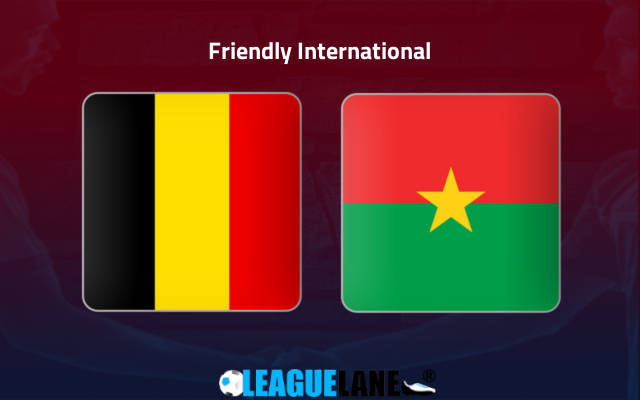 The Belgians are going for nothing but glory this December in Qatar. Despite having an abundance of talent, they have come up short for many a times now. And possibly, this is also going to be the final years of Eden Hazard with the national team.

The squad has to deliver, and they have to do it now. In the 2018 edition of the World Cup, they had made it till the semis, where they fell against eventual champions France.

Still, they have been ranked first in the world by FIFA for the past few years. They will be raring to start their charge for the World Cup, and will want to build some momentum by the time it’s December.

On the opposite side we have Burkina Faso, who failed to qualify for the world championship. They are part of the CAF federation, and were eliminated from the qualification procedure in the Second Round itself.

As things stand, expect the first-ranked Belgians to deliver a winning performance this Tuesday at the Lotto Park.

In the past four-year period, Belgium have lost just against three teams – Italy, France, and England. Note that Italy are the current Euro champions, while France are the current world champions.

Going on, the team is at home, and this is probably the final chance for their golden generation to bring home a trophy. Expect a fierce effort from them this Tuesday.

On the other hand, Burkina Faso are not taking part in Qatar, and as such confidence and spirit are low at their camp.

They were also winless in eight of their past eleven overall fixtures, and they have won just thrice on the road in their last 11 away match-ups.

Taking into account these observations, expect Belgium to have the upper hand this Tuesday. Count on them to post a huge win in front of their home crowd.

Tips for Belgium vs Burkina Faso