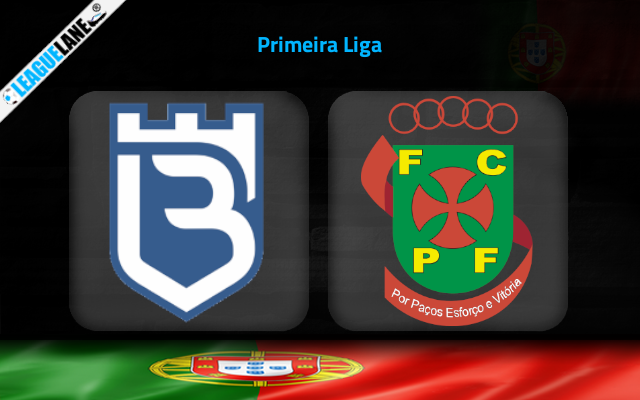 Belenenses are not pulling up any trees in the league so far. Its on rare occasion that they have recorded a positive result. Their form is dreadful and will be having lowest of spirits to enter the next fixture.

Their most recent league fixture was against Gil Vicente. They conceded two unanswered goals in that game. However, two of their total three wins this season were recorded in the past 10 matches. They have a pathetic attacking and defensive lineup.

Meanwhile, Pacos Ferreira have managed to icrease the gap between them and the danger zone to 4 points. They sits 10th on the table with 24 points. They are having a seesaw of form in the league so far.

They have managed to record a win in their most recent league fixture at home against Vizela. They are unbeaten in 5 of their past six league fixtures. However, four of them were drawn games. They have a disappointing attacking and defensive side.

By the looks of things, all those weakpoints of Pacos Ferreira will count only little as they face the worst side of this season so far, Belenenses in their upcoming Primeira Liga fixture on Sunday at Estadio Nacional do Jamar.

Belenenses have been going through a poor form in the league so far. Their is nothing to expect from this outfit as they possess a pathetic attacking and defensive lineup.

On the other side, Ferreira are unbeaten in 3 of the past five league fixture on road. They doesn’t own a pleasant form on road but to face a club like Belenenses, it is more than enough.

Therefore, we predict a narrow win for the guests here. It will be a low scoring affair as per the above league stats and their recent head to head meetings.