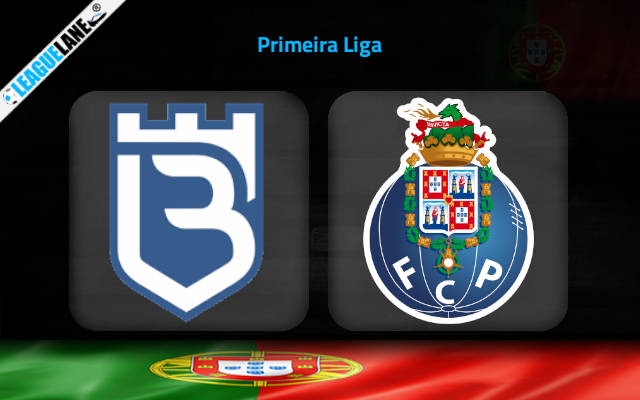 In game week 18 of Primeira Liga, Belenenses faces FC Porto for their next match on Sunday at Lisbon.

Belenenses is dead last in the league table with only 11 points from 17 matches. Famalicao was their opponents in the last match and Famalicao won the match scoring the only goal in the match.

Belenenses sits in the relegation zone 3-points away from the 17th positioned team. Their performance has been poor throughout the season, scoring in only six matches in the league and finding wins in only two of the matches. In the last ten matches, the team scored in only the matches they have scored. Rest of the matches ended in loss. They have played eight matches in their home ground and their two wins came in the home matches.

Porto is on the top of the league table with 47 points from 17 matches. They played their last match against Vizela, which ended in a win for Porto after scoring three goals against the opposition, while Vizela could score only one.

The team has not lost in a single match in Primeira Liga season. They are unbeaten in 17 games and will look to keep this streak going. In the last ten matches, the team has won in every match and has scored over two goals in seven of the matches and has kept clean sheets in four of the matches. Their away matches have also produced similar results, having a win-streak in the last six matches in which they have scored over 2.5 goals in the last five matches. They also have kept clean sheets in three of the recent matches.