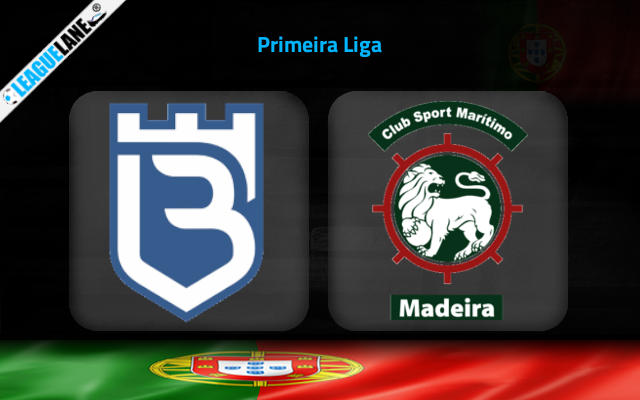 Belenenses and Maritimo will be looking to get themselves on the Primeira Liga board after their second-round clash on Monday evening at Estadio Nacional.

Belenenses and Maritimo will drop the curtain on the second Matchday of the new Primeira Liga campaign on Monday evening.

Both teams suffered expected defeats on the opening day, to Porto and Braga respectively.

This match is thus an opportunity to both managers to get things going and to try and build momentum ahead of the remaining part of the season.

This is the clash between two of the least efficient teams in the top flight of Portuguese football in general.

Despite finishing the previous season at the 10th place in the table, Belenenses had the joint-worst attacking record with Rio Ave in the entire league.

Belenenses scored only 25 goals in 34 Primeira Liga outings last time out. Even Maritimo, who barely saved the elite class status (finished one position above the dangerous area) scored two goals more than them.

Defense is generally a much better part of both of these two teams and we should not be surprised to see a low-scoring match with very few goal-scoring chances when they come across each other.

Neither Belenenses nor Maritimo were anywhere near scoring a goal last weekend in the opening round. They’ve also both suffered early League Cup exits, failing to find the back on the net in the defeats to Mafra (0-1) and Boavista (0-1) respectively.

Everything thus points towards a low-scoring affair here and we would not even actually be surprised to witness a goalless stalemate on Monday in Jamor. The braver punters can shoot for it at the 6.50 odds, while the Under 2.5 goals FT should be a big banker bet at the odds of 1.44.