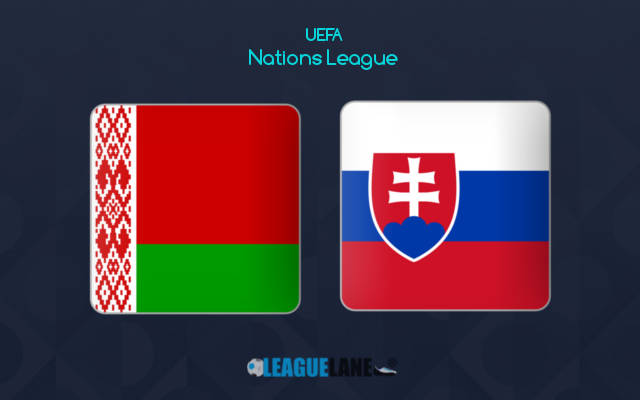 After some continuous losses in their matches, Belarus has secured a win streak in their recent matches. The team is on a win streak at the moment which has lasted for three matches. They go into the next match with the hopes of keeping this streak. From the last nine matches, the team has got three wins and six losses.

Belarus played their last match against Bahrain. Belarus scored their goal in the last minutes of the first half. They defended their side well in the match and remained in the lead for the rest of the evening. The match ended with 0-1 FT score.

Slovakia’s matches have brough in mixed results for the team. From the last ten matches, the team has got three wins, three draws and four losses. However, in the last five matches, the team has scored over 1.5 goals in four of them. Slovakian team will hope for better results in their Nations League matches this season. The team had finished dead last in their group matches with only four points from the six matches.

Slovakia played their last match against Finland. Slovakia scored two goals in the match while Finland could score none, ending the match in a win for Slovakia with 0-2 FT score.

Slovakia has played inconsistently in their matches while Belarus has performed poorly. Belarus’ first win in the last three matches came after eight losses. Belarus hopes to keep their improved form from falling.

Belarus has not had the best results in their recent home matches. Their win against Jordan came after four consecutive losses. From the last five home matches, the team has scored under 1.5 goals in four of them. Slovakia has brought in mixed results from their road trips recently. The team has won in two, drawn in one and lost in two of the last five away matches.

Looking at the records, Slovakia is the better team of the two and has more chance of securing a win than Belarus. However, we can expect both teams to contribute to the scoreboard.