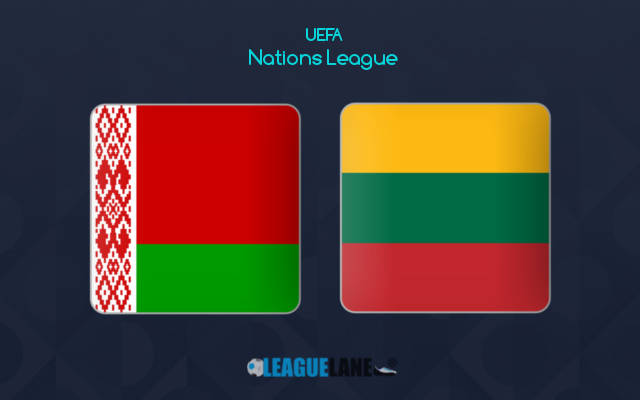 Belarus is leading the table in League C Group 4 this term with a narrow two-point lead as it stands in the UNL schedule. The host will try to build on their unbeaten streak in the league, following a 2-0 win at home against the likes of Kazakhstan in the previous UNL clash in their schedule.

Lithuania is the next to kin and is still hold hope for promotion to League B this season. Their unbeaten streak in the last three UNL games back the host, but the last two clashes ended in a draw. They will visit after sharing spoils at home with Albania in a goalless encounter in the UNL.

In the reverse fixture earlier this season in UNL, the teams locked horns at Lithuania in an entertaining 2-2 draw with three of the four games produced in the second half. Belarus holds the ground advantage in the upcoming match and is likely the favorites to win with their overall form in the league table.

With the visitor struggling to find points in two consecutive draws in the UNL, the host has a good chance of sealing the fixture with a win in ninety minutes. The tip for over 1.5 goals will probably be the best bet, as we can expect a couple of goals in the clash.

The host will aim to take an early lead and both teams are more active in the second half of the game, as seen in their last h2h meeting. Keeping this in mind, the tip for Belarus to win either half of the encounter will probably be another suitable option to yield decent returns for the punters.