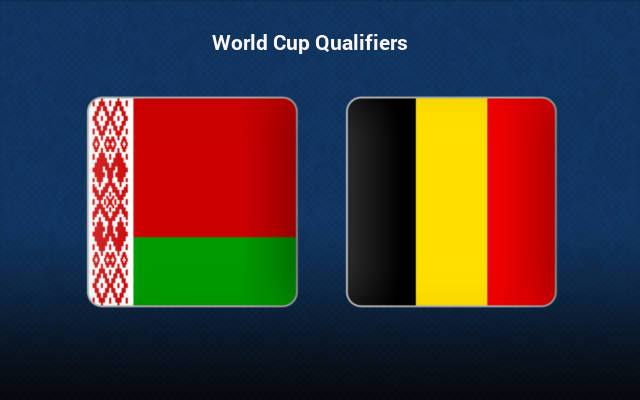 They are at the top of the table with a 100% unbeaten record. Note that they have a 100% winning record barring a single draw, and they have scored the most, as well as have conceded the least.

In fact, they have scored more than double the number of goals than the next best offensive record, and they already have a six-point lead at the top of the table.

In the meantime, Belarus have a 100% losing record disregarding a single win, and this sole victory had come against the dead-last placed Estonia.

On top of that, Belarus also have an inferior h2h record against this opponent.

By the looks of things, expect a win for Belgium this Wednesday at the Central Stadium.

Belarus lost 2-3 at home the last match-day, against Wales. In the meantime, Belgium had registered a 3-0 win against Czech Republic.

Going on, Belarus are on a four-fixture losing streak, and they had conceded a total of 14 goals in the process. Note that they were also winless in 19 of their former 26 overall matches, and they have won just four times at home in the past four-year period.

On the other hand, their counterparts had won eight of their preceding matches, and they have lost just twice in the past 33-month period. These two defeats had come against England and Italy – both of whom were the finalists in Euro 2020.

On top of that, the team had also inflicted a massive 8-0 loss in the reverse encounter of this upcoming fixture.

Taking into account these observations, expect a win for Belgium this Wednesday.