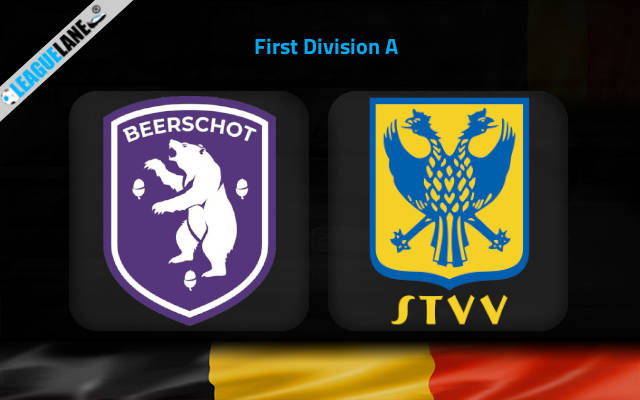 Beerschot host Sint-Truiden in the last game of the Matchday No 7 in First Division A on Monday evening at Olympisch Stadion in Antwerp.

The tension will be high on Monday evening when Beerschot Wilrijk take on Sint-Truiden on a special occasion for Peter Maes.

The Belgian manager will desperately want to snatch his first win with the new team as he just departed Sint-Truiden’s bench to take charge of Beerschot after the end of the last season.

Nevertheless, things did not go quite as Maes had planned as he only managed to snatch a single point in the opening six rounds of the new season with Beerschot.

The hosts are just not pulling up any trees at the beginning of the 2021/22 campaign and Maes’ job could well be on the line if his team loses on Monday night.

Maes has huge problems with his starting lineup as he can’t count on services of two of his standard four players in the back line.

Both Thibault De Smet and Stipe Radic got sent off in the previous round’s 5-2 defeat at Charleroi.

Beerschot generally possess by far the worst defensive record in the league with 15 goals allowed in 6 outings.

Sint-Truiden are by no means the most dangerous team in the Belgian top flight but they will certainly come into this in higher spirits.

The 0-1 victory at Cercle Brugge helped them end a three-loss thread. Can they take advantage of Beerschot’s horrendous momentum and claim the spoils in Antwerp?

Backing goals is the best option from the betting perspective here. Neither of the two sides is quite reliable when it comes to keeping things tight at the back.

The alternative pick could be Sint-Truiden to score at least two goals in the match since Beerschot have not been playing defense at all so far in the season (15 goals conceded in 6 games).