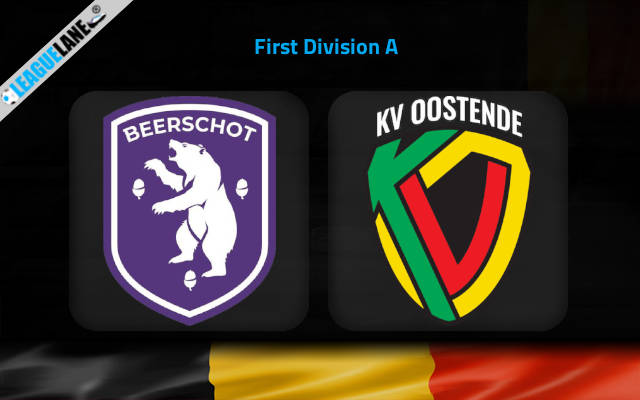 Beerschot is at the rock bottom of the table in the zone for relegation to 1B Pro League. They are in much dire need of a win than any other team on the table in order to escape from getting relegated.

Oostende is also at the bottom half of the league with 2 back to back losses, hopes for a victory at Olympisch Stadion this Saturday.

The hosts are at the rock bottom in the relegation group at 18th spot. From the 18 games so far, they have lost on 13 fixtures while drawing on 3 and winning only twice. They only have 9 points being the lowest in the league along with double the conceding numbers than the scored ones standing at 15:32.

Beerschot conceded 5 goals from the past 6 fixtures while bagging 6 at the same time. Their past 3 consecutive matches ended up in defeat against SV Zulte Waregem, Antwerp and Eupen. All of those fixtures saw only one side scoring showcasing their lack of attacking aggressiveness.

The guests resides at the 14th spot on the table with 20 points in hand. Of the 19 matches played, they won 6 of them while drawing another 2 games. They lost on 11 other occasions with more conceding numbers than the scored ones standing at 21:39.

Oostende have failed to get to the score board over their last 6 games, netting a poor 3 while letting in a massive 15 goals. After their win against Eupen, the 2 games afterwards ended in a defeat against Charleroi and Kortrijk.

Coming into this fixture, the Mannekes are winless against Oostende in their previous 2 matches in the league. The home side had also failed to score in 7 of their last 10 home matches which made us to anticipate a victory for the visitors at Olympisch Stadion.