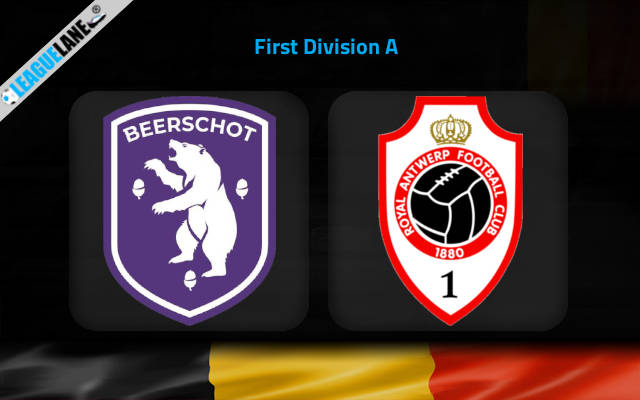 Antwerp FC will travel to the Olympisch Stadion to take on Beerschot in an Antwerp Derby. Despite the teams finding themselves at the opposite end of the spectrum in the Belgian First Division A. Considering the fierce history between the sides, it is always one to look out for. Read our Preview, Predictions, and Betting Tips with Analysis here.

Following their mid-table finish last season in the Belgian top-flight, Beerschot have crumbled this season. Currently, they find themselves rock bottom of the table, having managed just 2 wins and 3 draws.

Antwerp achieved a 3rd place finish last season. They have followed it up with a solid season this time around as they are pushing for the title currently 2nd in the league. They started off the season wonderfully but have had their slump in form since. In the Europa League, they are bottom of their group.

The hosts have struggled this season. However, they have managed back to back wins at home and even held Standard Liège to a stalemate in the regulation time of the Cup fixture. In such a personal contest they are expected to step up their game and manage at least a point with the home support.

To add to that the visitors have just 1 win in their last 6 matches on the road. They had to rely on a penalty to score the sole goal of the match in that victory against another relegation bound team, Cercle Brugge.

The visitors are among a lack of points on the road. With that being said they have had no issues scoring at least a goal. Furthermore, they have scored second-half goals in 5 consecutive away games and only twice have they failed to do so in the entirety of the season. Consequently, I have backed them to score in the second half.