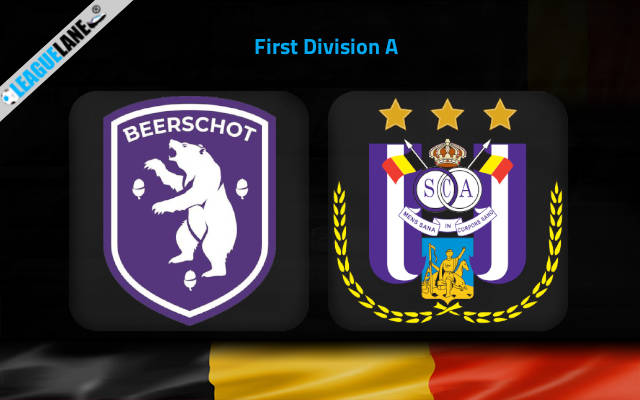 In game week 21 of First Division A, Beerschot faces against Anderlecht for their next match on Monday at Antwerp.

Beerschot is the dead last in the league table with only nine points from 19 matches. Their last match was against KV Oostende, in which Beerschot couldn’t score a single goal. The match ended with 2-0 FT score.

Beerschot has 2 wins, 3 draws and 14 losses so far in their league matches. Their performance in the match has put them in the relegation zone. The team is on a cold streak at the moment for four consecutive matches and has not scored a single in the matches as well.

The host has won their only two wins in the home matches. The team has played nine home matches so far and, excluding their two wins, the team has lost all their matches and has not scored in the matches as well.

Anderlecht is fourth in the league table with 35 points. Their last match was against Club Brugge, which ended in a draw with 2-2 FT score.

The team has 9 wins, 8 draws and 3 losses from their 20 league matches. Anderlecht is uneaten in their last six league matches, with four wins in these. They have scored in nine of their last ten matches and have kept a clean sheet in two of the matches.

Anderlecht has played ten away matches and has four wins in the matches. They are on a 3-game no-loss streak at the moment and have scored in eight of their away matches as well.

Even though Beerschot has won their only two wins in their home ground, it is not enough to win against Anderlecht. Anderlecht has scored two or more goals in nine of their last ten matches as well. Beerschot, on the other hand, has not scored a single goal in their last four matches.

Anderlecht is clearly the favourites in the upcoming match. I believe the match is like to end with over 1.5 goals and Anderlecht will be the only team to score in the match.