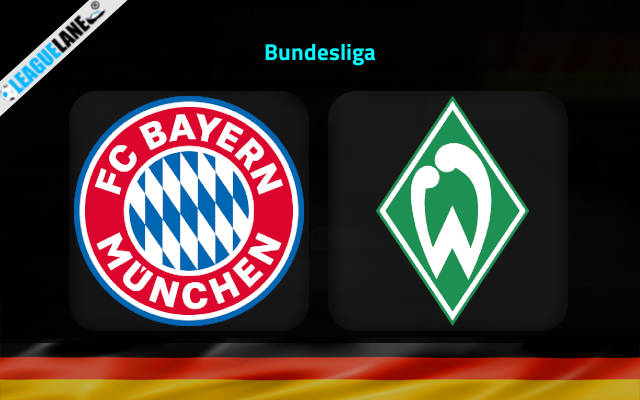 Werder Bremen returned to winning ways after a run of three successive failures by beating Hertha Berlin 1-0 on the home patch eleven days ago.

Nevertheless, they will hardly avoid the return to losing track on Tuesday night when Ole Werner’s troops travel to Allianz Arena to take on Bayern Munich in Matchday No 14.

The Bavarians seem to have caught the wanted form of late as they are currently on a streak of nine wins and a draw in the last ten outings across competitions.

Despite plenty of injury woes for Julian Nagelsmann, his troops still find a way to demolish their counterparts regardless of who gets the nod in the starting XI.

Serge Gnabry, Jamal Musiala, Sadio Mane, Leon Goretzka, Mathys Tel, and Eric Maxim Choupo-Moting were all among scorers in the 6-2 drubbing of Mainz in Bayern’s previous home game in the league.

The Bavarians then went on to complete the perfect UEFA Champions League group phase campaign with an easy 2-0 victory over Inter Milan in mid-week.

It is very hard to consider anything else but Bayern Munich’s commanding victory on Tuesday from the betting perspective.

However, we must say that Werder Bremen have lost just one of six Bundesliga games on the road this term.

Werder did lose just one of six away games in the league this season but all these numbers count for little when you go face to face with Bayern Munich at Allianz Arena.

We expect a high-scoring night in Munich and we will go with the Home Win & Both Teams To Score as the main betting pick at the 2.10 odds. The value is with Jamal Musiala to score anytime at the 2.40 odds.