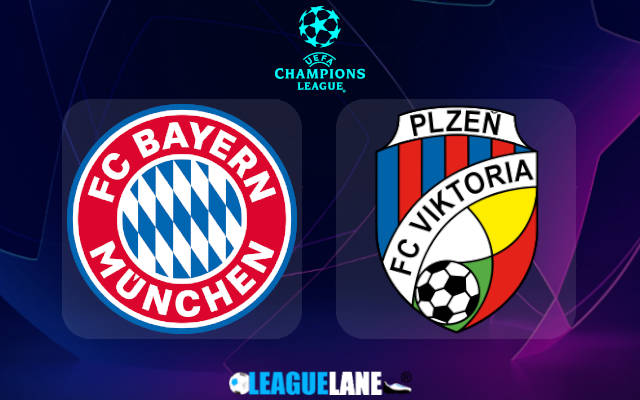 The Bavarians took the top-most spot in style, in possibly the toughest group in the Champions League this season. They have a 100% winning record so far, and are yet to concede a goal as well. This Tuesday, they will be the overwhelming favorites at home, against the whipping boys of Group C, Plzen.

Plzen are placed bottom-most in the table with a 100% losing record, and it goes without saying that they conceded the most number of goals of all the teams in the league, and scored the least as well.

They are already under huge pressure, and they will have to go for the win at any cost this Tuesday. If not, they risk their chances of making it to the knockouts.

They will surely try some desperate measures, and this is exactly what the Bavarians want. They are at the top of the table, and one more win would possibly take them close to qualification to the Round of 16.

Moreover, they already have the confidence of having beaten the two other two titans in the group – Barcelona and Inter.

On top of that, Bayern are possibly one of the absolute best teams in the world at the moment, and they are a perennial contender to lift the Champions League.

They already have six such titles, and the latest of those came just two seasons back.

In addition, they also have a dominant h2h record against this rival over the years.

For the reasons, expect a win for the German champions this Tuesday.

The Bavarians were unbeaten in 25 of their previous 29 overall fixtures, and they recorded three separate two-game winning streaks in the process. Note that they also went on a four-match winning run during the while.

On the other hand, Plzen lost two of their past four overall matches, and they let in two or more goals in three of these games.

On top of that, they are also on the road this Tuesday. Considering all these observations, as well as the h2h superiority of Bayern, expect a huge win for them at their home.