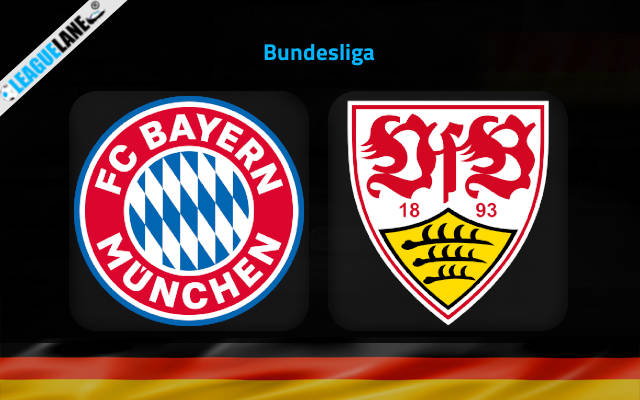 Bayern Munich are the reigning German champions and they have started this new season on a great note. Meanwhile, VfB Stuttgart are a team that usually targets a mid-table finish at the most in the German top flight.

They had secured a 15th place finish the last season in the Bundesliga and had managed to register just 7 wins in total. Do also note that they had let in a total of 59 goals all through the campaign.

Going on they have been totally winless in the new campaign. In fact, they are struggling with their offense and defense for quite some time now.

The Bavarians’ goal scoring form has only improved even though they lost their start striker Robert Lewandowski. They have scored a total of 17 goals over the course of five league games they played so far this season.

Bayern Munich will be high on confidence this weekend after having maintained a 100% unbeaten record so far.

By the looks of things, expect a victory for Bayern Munich.

This match is a great chance for the hosts to maintain their impressive form. It needs to be mentioned that Bayern have scored a total of 16 goals from their past 5 overall fixtures.

On the other hand, VfB Stuttgart are on a 5-game winless run in the league. Moreover, they were winless in 8 of the past 10 road trips.

Expect a victory for the 31-time German Champions considering these observations.