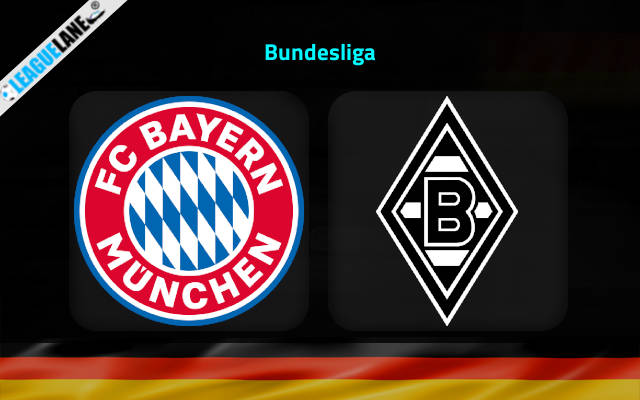 After delivering 10 league titles in a row it seems that the Bavarians are still not satisfied. They are on a great winning streak. And in front of their home crowd this weekend they are once again the favorites to deliver a winning performance against Monchengladbach.

Bayern lost their star striker Robert Lewandowski, but their goal-scoring form has only improved.

As of now they have scored more than double the number of goals than the second-best offensive team in the competition. In fact, they have a 15-1 combined scorecard from their first 3 league games this season.

It appears as if they already have one hand on their 11th street league title and the only question is what will be their lead at the top of the table at the end of the campaign.

Going on, Monchengladbach might be placed second in the table as of now. Against any other squad it might have meant something but this weekend they are pitted against none other than the Bavarians.

Moreover, Monchengladbach had to settle for a 10th place finish the last season in the German league table, and they had remained winless in 22 of their total 34 fixtures as well.

Considering all these observations it is expected that Bayern will register another dominant victory this weekend.

The Bavarians are on a 4-game winning streak and they had scored a total of 20 goals in the process. Do also note that they have lost a total of just once in front of their home crowd in the past 11 months.

On the other hand, Monchengladbach were winless in 4 of their previous 7 overall games and they had remained so in 8 of their past 15 road trips as well.

By the looks of things, expect a win for Bayern Munich this Saturday in front of their home crowd. Furthermore, taking into account the sheer dominance of their free-flowing offense, anticipate goals in huge numbers too.

Tips for Bayern Munich vs Monchengladbach