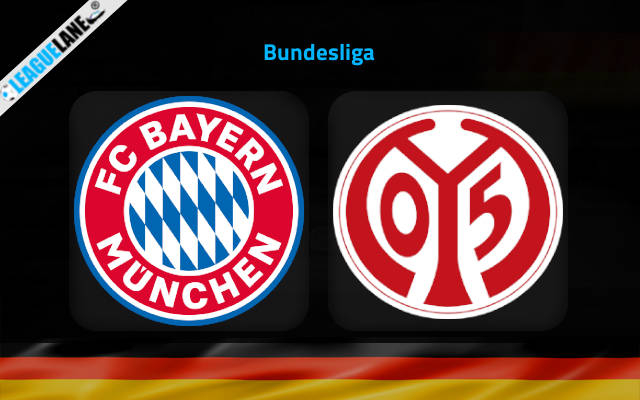 Bayern Munich won six of seven league fixtures at home this season, scoring 23 goals in the process. They have just bagged three goals past Borussia Dortmund on the road last weekend. Knowing about the high-scoring tradition in the recent years in this matchup, backing the Home Win & Both Teams To Score pick could just be the way to go here.

Bayern Munich confirmed the gulf in quality between them and the rest of the league once again last weekend when they saw off Borussia Dortmund 2-3 away at Signal-Iduna-Park in Der Klassiker.

It was a big domestic win for the Bavarians who are now four points clear off Dortmund at the top of the Bundesliga table.

Julian Nagelsmann’s men are now set to host Mainz in the 15th round of the competition on Saturday afternoon at Allianz Arena.

The visitors are enjoying a great campaign in this term of the Bundesliga. They currently hold the sky-high seventh position in the league ladder.

Danish manager Bo Svensson has indeed done miracles with this Mainz team. He first rescued them form certain relegation at the end of the last season and he is now keeping them near the European positions.

This Mainz’s form will, however, count for little when they come face to face with Bayern Munich who are by far the strongest team in the league.

Tips for Bayern Munich vs Mainz