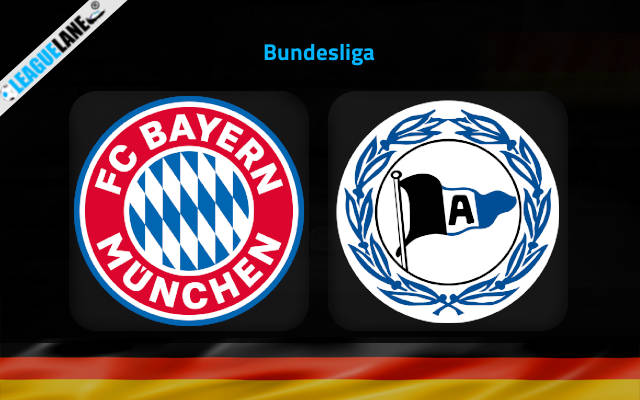 Arminia Bielefeld did take four points from the last two league games but their back line still looks super vulnerable. The team conceded two or more goals in four of the last five matches across competitions. It is certainly not the kind of form you want to have going face to face with the deadliest attacking line in the league.

Arminia Bielefeld finally got their breakthrough after a dreadful start to the new Bundesliga season.

They claimed four points in the last two rounds and are now only three points below the safe zone.

The problem is, however, their next fixture. Frank Kramer’s men need to travel to Munich to battle the nine-time defending champions Bayern Munich in Matchday No 13.

To make matters worse, the Bavarians will be even more motivated for this game having lost the previous one 2-1 at Augsburg.

Julian Nagelsmann’s troops are currently just one point clear at the top of the Bundesliga table and can ill afford a slip-up here if they are to stay there by the following round.

Nagelsmann has significant problems with the list of sidelined players as it got bigger with the illness protocols.

However, Robert Lewandowski, Kingsley Coman, Thomas Muller, and Leroy Sane all featured mid-week’s UEFA Champions League win at Dynamo Kyiv (1-2), meaning we should expect to see them in the starting XI here against Bielefeld as well.